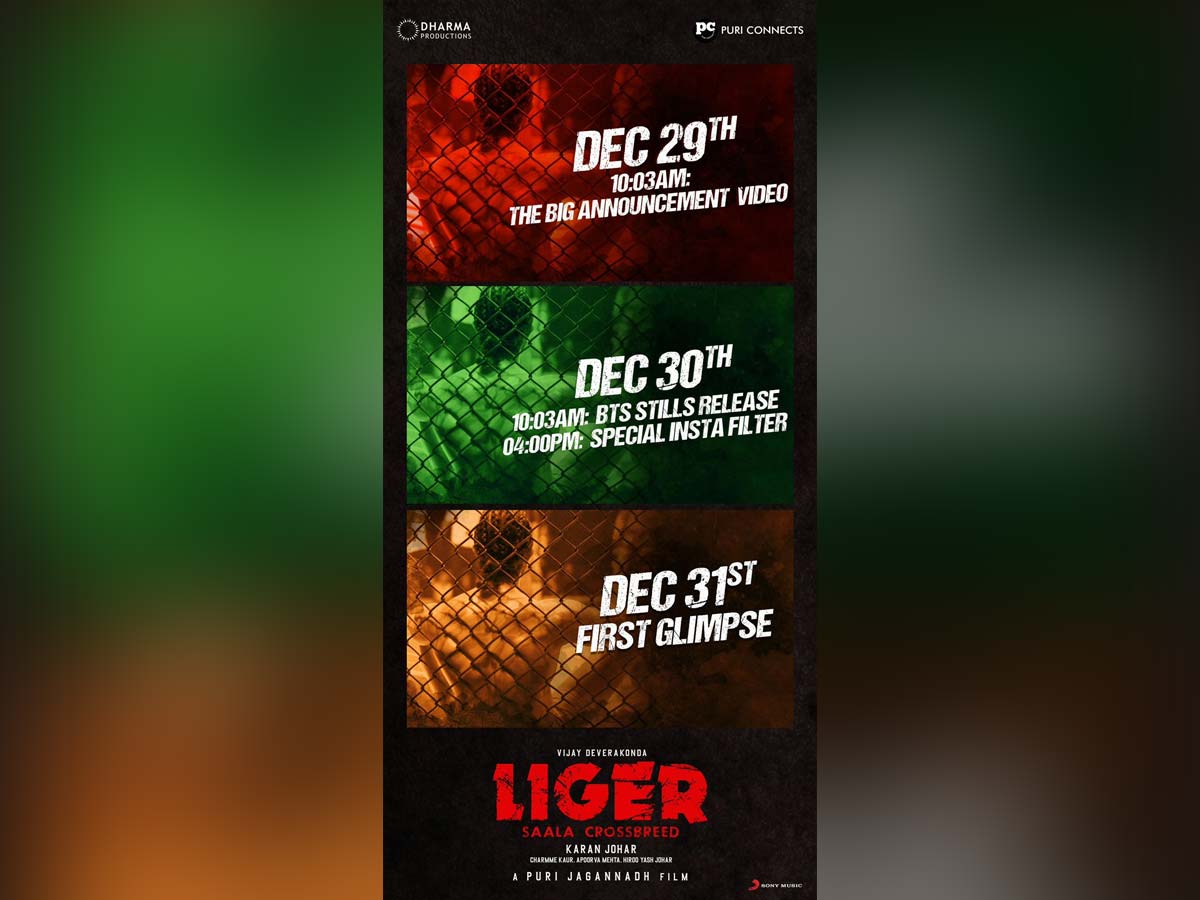 After delivering World Famous Lover, Vijay Deverakonda joined hands with Puri Jagannadh for an upcoming drama Liger where he  is playing the role of a mixed martial arts fighter with a stutter.  Arjun Reddy and Geetha Govindam fame actor underwent mixed martial arts classes in Thailand in preparation for his character.  Today evening the makers of Liger released a new table which is as follows:

Bollywood producer and distributor Karan Johar has come on board to release the film Liger in Hindi in North belt.  The big budget drama which has Ananya Panday as the leading lady, is bankrolled by Dharma Productions and Puri Connects.  Boxing Legend Mike Tyson is playing an extended cameo in this film.

Liger will be released in five languages including Telugu, Tamil, Hindi, Kannada and Malayalam. Jonny Shaik Basha is working as the art director, Vishnu Sarma is the Director of Photography, Junaid Siddiqui is the editor and Kecha is the stunt director.

According to the latest buzz, after the release of Liger, Vijay Deverakonda will team up with Sukumar for his next.

Liger: Unleash the beast to nation on 25th August