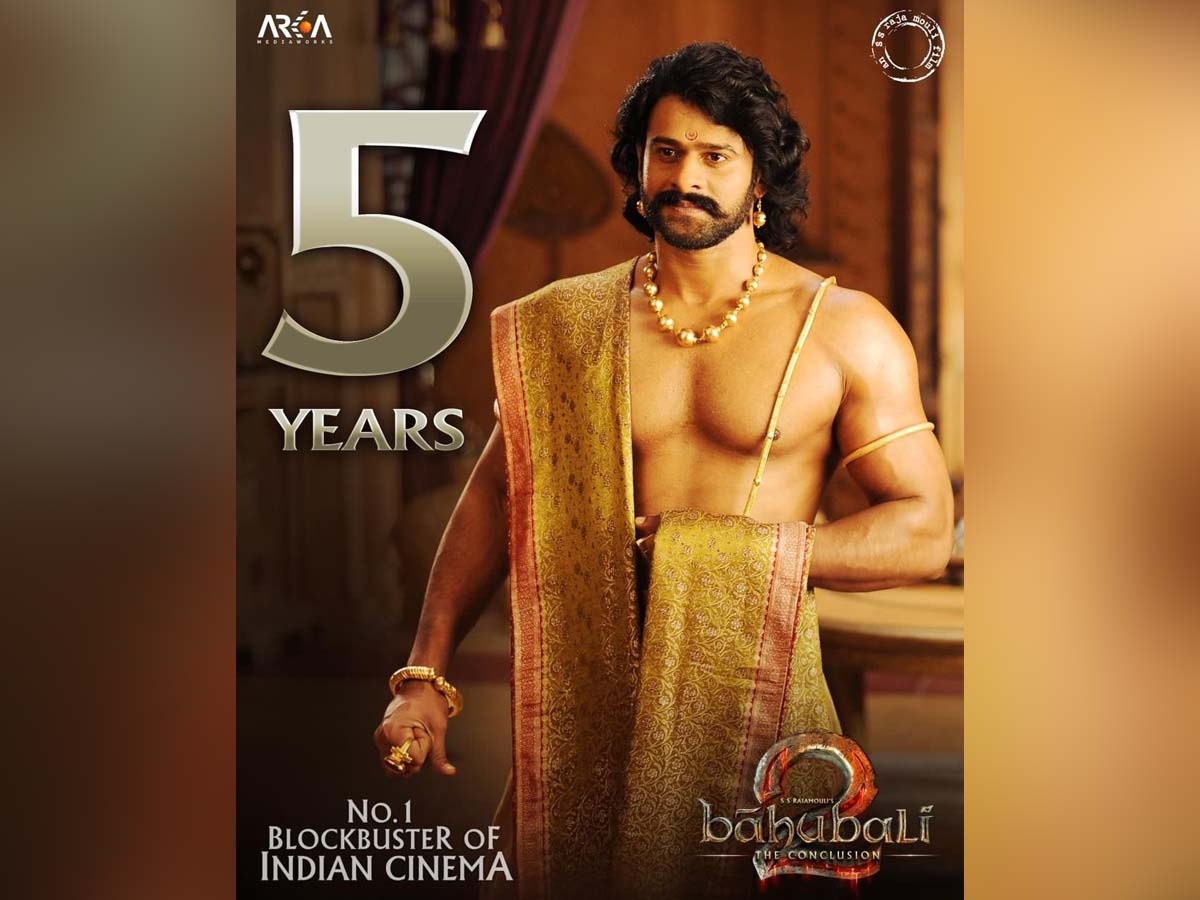 Indian cinema was forever changed when SS Rajamouli‘ war drama Baahubali 2 : The Conclusion  starring Prabhas, Anushka Shetty, Tamannah Bhatia and Rana Daggubati, was released five years ago on 28th April.  The movie  headlined by Pan India star Prabhas shattered all box office records and today completes five years since its memorable release.  Baahubali 2 was emerged as one of the biggest blockbusters of the country and the film’s hardcore fans are nostalgic.

Today marks the five  year anniversary of Baahubali 2: The Conclusion and it is only apt to remember and cherish the SS Rajamouli magnum opus that created a storm at the box office and raked in numbers that were not only unimaginable at the time but remain unbeaten even today. The fans are trending #5YearsForBaahubali2Glory on Twitter.

One of the netizen wrote: He ROARED… that resounded like never before in INDIAN CINEMA.. #Prabhas #[email protected] Another netizen wrote: #5YearsForBaahubali2Glory still no move in Indian touched the europia created by this man. Another Prabhas fan wrote: Movies Come And Go.. But.. INDIA’S BIGGEST BLOCKBUSTER Remains The Same The Euphoria Around This 5 Years Back Is Unmatchable #Prabhas #5YearsForBaahubali2Glory #Baahubali2

Prabhas was last seen in romantic drama Radhe Shyam . He will be seen in a sci-fi drama with director Nag Ashwin.