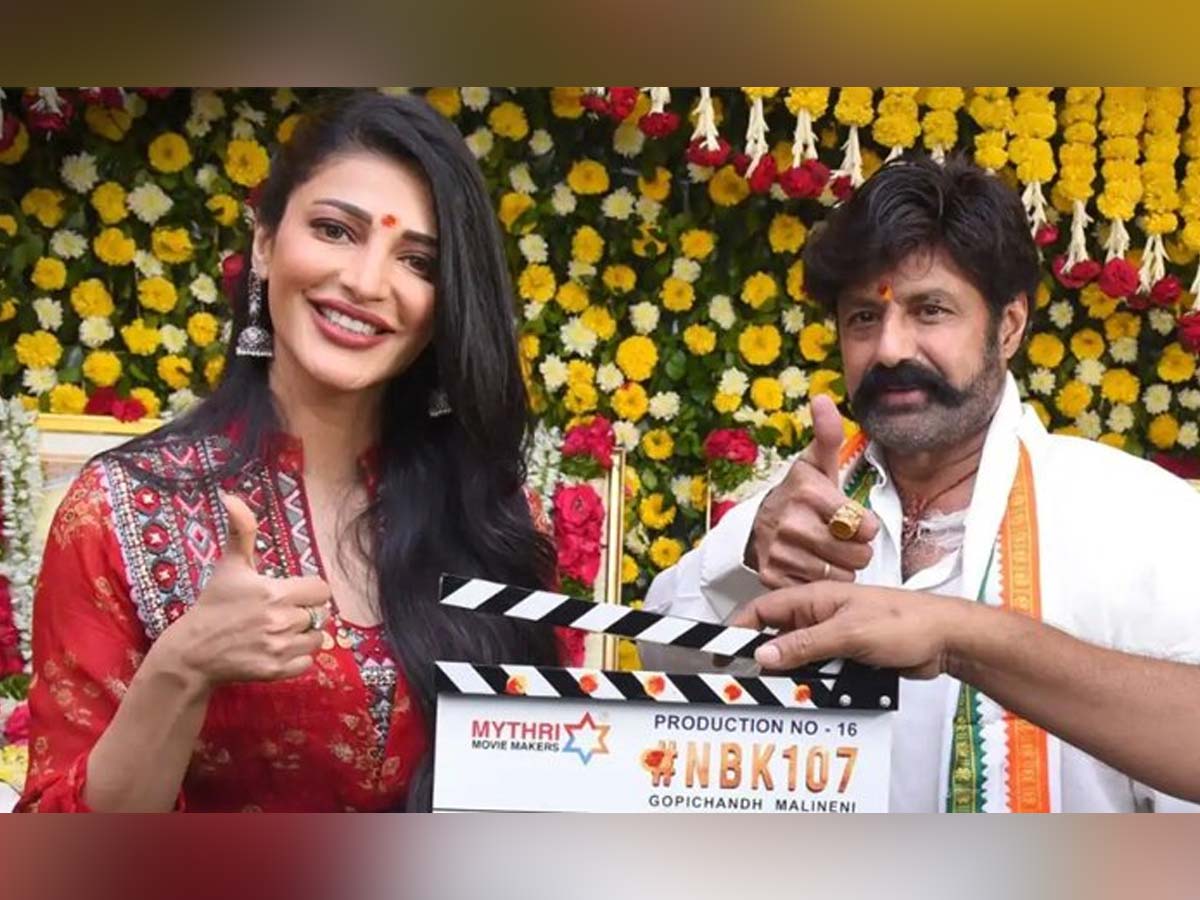 It is known that Nandamuri Balakrishna is currently working with Gopichand Malineni for an upcoming yet to be titled Telugu film. The director Gopichand Malineni has penned a powerful script for the actor based on true incidents, just like his previous films. The makers released the first look and Balayya Babu  looked quite intense in a black suit sporting a salt and pepper look.  Now the reports are coming that the makers have locked Annagaru title for Balakrishna and Gopichand Malineni’ film. The official confirmation regarding the title of Balakrishna film is awaited.

Annagari was the tag that was used as a token of respect  Balakrishna starrer, which has the music by Thaman. Krack and Vakeel Saab fame Shruti Haasan has been brought on the board to play the female lead and she is playing the love interest of Balayya. Billed to be a pucca mass and commercial  drama, the  upcoming film of Balayya has an interesting lineup of the cast.

The movie also has Duniya Vijay, Varalaxmi Sarathkumar and others in the crucial roles.   Sandalwood Star Duniya Vijay is playing a villain and the upcoming film marks his debut in Tollywood.   Noted production house Mythri Movie Makers is bankrolling the project.