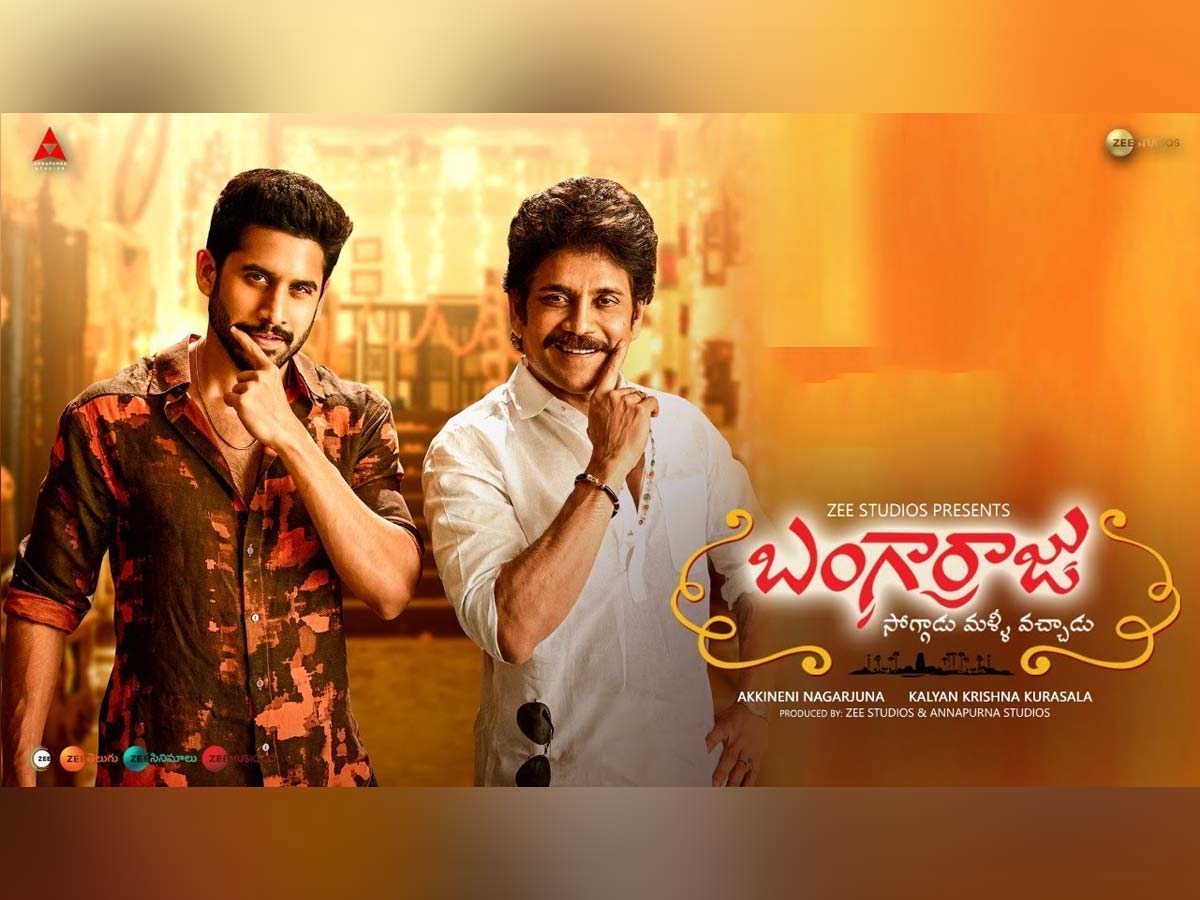 Multistarrer Bangarraju starring star hero Nagarjuna and Nagachaitanya will be released on January 14 in theaters across the Telugu states. Fans who had expected RRR and Radheshyam films to be released for the festival are disappointed that only Bangaraju and short films are being released in theaters.However, fans believe that Bangaraju will achieve share collections of over Rs 70 crore as there is not much competition for the festival.

It will not be difficult for Bangarraju to achieve higher collections in the wake of Soggade Chinninayana achieving share collections of Rs 50 crore with low ticket rates five years ago. However, increasing corona cases are creating tension on the gold makers. The non-implementation of 50 per cent occupancy in AP and Telangana states is a plus for Bangaraju film. Recently Bangaraju has completed movie censorship programs. The film received a U / A certificate from the Censor Board.

The film is said to be 160 minutes long and will be released as a Bhogi festival gift. Nagarjuna Chaitanya’s characters will be new and the romance scenes between Chaitanya Krithishetti will be the highlight of the movie. The film received positive feedback from censors. Director Kalyan Krishna is further raising expectations on the film by participating in the film promotions. Kalyan Krishna says that VFX is more important in the movie as it is a sequel to the movie Bangarraju Soggade Chinninayana.

Kalyan Krishna has revealed that Krithishetti will be seen in the film as an innocent girl who thinks she is a smart girl. Kalyan Krishna commented that the film will be a hit if there is emotion in any film. Kalyan Krishna said that he has no intention of making Pan India films and will make films with the Telugu audience in mind. Prior to its release, comments were heard that Nagarjuna and Nagachaitanya had another success with the film.