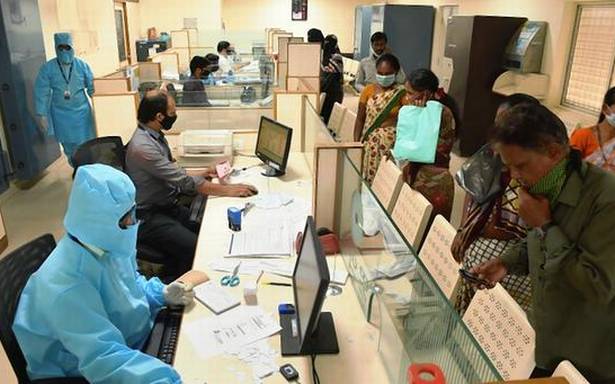 The asset quality of Indian lenders, especially the restructured loan book, is at risk from a potential third wave of COVID-19, ICRA Ratings said in a report.

“With the increased spread of the new variant Omicron, there is a high possibility of the occurrence of a third wave,” said Anil Gupta, Vice President, Financial Sector Ratings, ICRA Ratings. “As banks restructured most of these loans with a moratorium of up to 12 months, this book is likely to start exiting the moratorium from Q4 FY2022 and Q1 FY2023,” he noted.

“Therefore, a third wave poses high risk to the performance of the borrowers that were impacted by the previous waves and hence poses a risk to the improving trend of asset quality, profitability, and solvency,” he said.

Banks had implemented 83% of the total requests (76% for public sector banks and 86% for private banks) received under COVID 2.0, leading to an overall restructuring of ₹1.2 trillion of loans till September 30, 2021, Mr. Gupta observed.

As the restructuring requests could be implemented till December 31, 2021, incremental restructuring could increase by 15-20 basis points from the current levels, Mr. Gupta opined.

“The third wave could revive the demand for the restructuring of loans, including loans which were already restructured,” he said.