Shots fired in air near ridge of Fingers 3 & 4, says top officer; MEA official may be part of next commander-level talks. 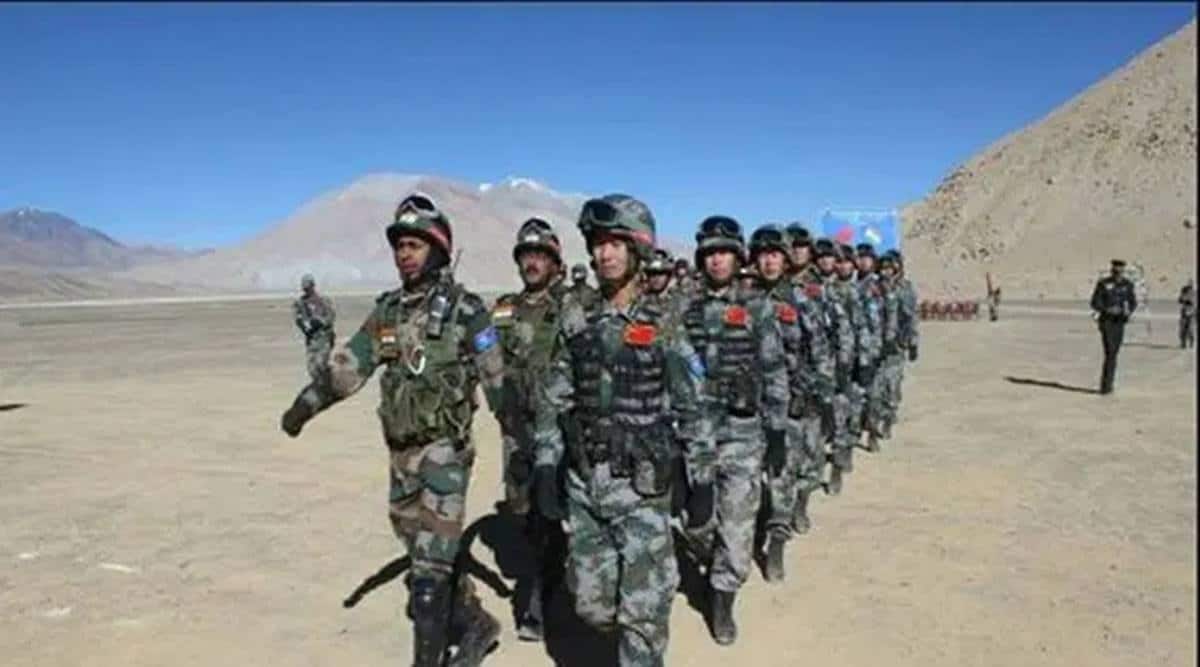 Before External Affairs Minister S Jaishankar and his Chinese counterpart Wang Yi reached an agreement in Moscow on September 10 to dial down tensions along the Line of Actual Control in Ladakh, the heightened tensions led to a firing incident between Indian and Chinese troops on the north bank of Pangong Tso, far more intense than the firing of warning shots in the Chushul sub-sector, The Indian Express has learnt.

A top government officer, aware of the details, said this incident took place during the jockeying for dominating the Fingers on the north bank of the lake. According to the officer, “100 to 200 shots” were fired in the air by both sides on the ridgeline where Finger 3 and Finger 4 merge before moving north as one ridge.

Both India and China had issued statements on the firing incident in the Chushul sub-sector on September 7 which took place on a feature called Mukpari Heights — officials said this was the first time in 45 years that shots were fired along the LAC.

Till date, neither side has officially said anything about the firing on the north bank which took place after the Chushul incident, and was bigger in scale.

While tensions remain on the ground because the next round of talks between Corps Commanders of the two sides is awaited, it is not of the same levels as they were in the first week of September, the officer said.

There was, he said, “one small incident” about which, he said, “our chaps didn’t even feel was serious enough to report”. This, he said, was “the Mukpari incident, in which a couple of rounds were fired, which we came to know one day later”.

“Then on the north bank, 100-200 rounds were fired by both sides,” the officer said. “This was near the ridge of Finger 3 and Finger 4, and from where it starts climbing up.”

In the week after the night of August 29-30, when Indian troops pre-empted PLA moves and out-manoeuvred them to occupy certain heights along the LAC, putting India in a position of advantage, there were continuous attempts by the Chinese to “dislodge” Indian troops from these previously unmanned locations.

At several positions in the Chushul sub-sector, on Pangong Tso’s south bank, the Indian and Chinese troops are less than 300 metres apart.

Over the next week, India readjusted its positions on the north bank of the lake as well — Chinese troops have been sitting on the ridge of Finger 4, which is 8 km west of Finger 8 which India says marks the LAC.

It was during these times that Indian and Chinese troops fired around 100 rounds each, in the air. In this area too, troops from two sides are positioned less than 500 metres from each other.

While the earlier “aggression” and constant “intimidation” by Chinese troops, he said, had stopped, “they are still there… Their presence is there, it doesn’t take very long to start up your tank and start moving again”.

“At the moment, the intimidation and aggression have stopped. The level (of discussions) has gone a little higher. Military commanders will talk of course, we will put across our point, they will put across their point. But I don’t think their military commander will have the mandate to agree to anything beyond a minor concession,” the officer said.

“Ultimately, it will be a top-driven thing. That is the importance of the dialogue which we are having at the Foreign Minister-level and Defence Minister-level,” he said.

Defence Minister Rajnath Singh met his Chinese counterpart Wei Fenghe in Moscow on September 4. Jaishankar met Wang on September 10. While the meeting of Defence Ministers did not manage to break the stalemate, the Foreign Ministers issued a joint statement to “continue their dialogue, quickly disengage, maintain proper distance and ease tensions” and work towards new confidence-building measures” between the two sides given the existing trust deficit.

The two sides have agreed to hold another round of talks between the Corps Commanders though the date is still to be decided. The officer indicated that this time, the talks may include an official from the Ministry of External Affairs.

“They accepted that the talks will be there. But the date is not yet fixed. Once the agenda is also received, the delegation list is received, then we will see if should include somebody from Delhi, from MEA also,” he said.

According to the officer, before India occupied the heights along the LAC in the Chushul sub-sector, China was in a position of advantage, and at the discussions at the military and diplomatic levels, “they were trying to bargain for time” as “at that particular stage they were better off” and “they had no reason to negotiate”.

“The Chinese were trying to do similar activity on the south bank” of the lake when Indian forces pre-empted their move. Now, the heights where Indian troops are positioned “are between the two lines” of the differing perceptions of LAC of the two countries.

On current positions on the Fingers on the north bank, the officer said Indian soldiers were above the Chinese deployment on Finger 4.

Chines troops, he said, are “trying to go further up” but “we are in a slightly better position, there is a limit to how much you can keep jockeying” on that ridgeline, and that the Chinese would not be able to sustain themselves at a point higher on the ridge than where the Indian soldiers are.

“Logistically,” the officer said, the Chinese will “not be able to stay” where they want to go, “especially in another month” when the peaks start getting snow. The Indian side, he said, had a shorter connection to their base at Finger 3 than the Chinese to their base between Finger 6 and Finger 7.