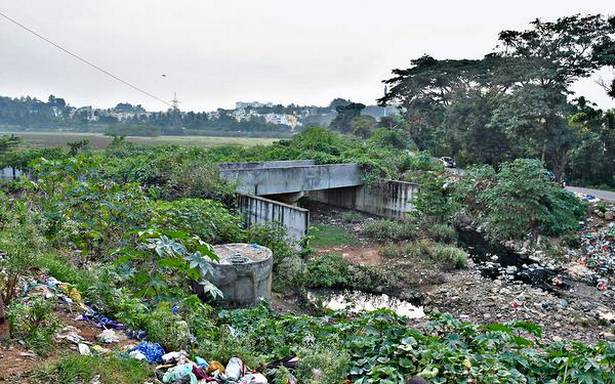 While there have been a few success stories, they are few and far between

In two pandemic-hit years, when life as we knew it was upended, environmental concerns took a backseat. Ironically, scientists repeatedly warned that it is habitat loss, climate change and such environmental aspects that brought us to where we are in the first place.

As the city came out of the devastation of the COVID-19 second wave, the same issues started creeping back into conversations – potholed roads, ruined lakes, traffic. And concerned citizens realised that promises of lakes being brought back to life still remained on paper.

As we step into another year, amidst the looming threat of a third wave, citizens are hoping that there are lessons learnt, promises kept, work undertaken and giving back to Bengaluru the lakes that were once brimming with life.

V. Ramprasad from Friends of Lakes said the task before civic agencies is clear cut: all lakes need to be surveyed and fenced, buffer zones marked, storm-water drains to be marked, a TAC to be formed and the Lake Development Corporation strengthened

“But the Bruhat Bengaluru Mahanagara Palike (BBMP) has given three different numbers for the total number of lakes in the city in court so far. Sewage is flowing even into rejuvenated lakes. They need to look into the technical engineering aspects, carry out rejuvenation as per orders of the N.K. Patil report,” he said.

For citizens fighting to save specific lakes, the struggle has been real. A frothing Bellandur Lake became the poster child of the poor state of lakes in the city. Nine years on, and little has changed. Sonali Singh, Citizen Change Maker, Bellandur Lake Group, said, “Our fervent and only wish for the ninth consecutive year is to see Bellandur Lake – the largest lake in Bengaluru – finally rejuvenated this year and teaming with flora, fauna and migratory birds, with restored water holding capacity to recharge the groundwater in the area and only clean treated water entering the lake.”

She further said, "When the NGT, in a suo motu case, called on the Government of Karnataka in 2018 to rejuvenate Bellandur Lake, citizens were overjoyed. It’s going to be five years since…nothing has progressed. Bellandur Lake is yet to be dewatered and desilted, encroachments removed and STP to prevent raw sewage entering the lake made operational.”

There are also those from the few success stories in this chapter who have a point or two to put across to civic agencies. “What we want for Puttenahalli Lake is what we want for all the lakes in the city – that they thrive. That can happen only when the Government and the local community work together,” said Usha Rajagopalan, Chairperson, Puttenahalli Neighbourhood Lake Improvement Trust (PNLIT).

She recalled that a decade ago, BBMP had invited a few citizen groups to nurture the lakes in their neighbourhoods. “They are all doing well because we have gone the extra mile to maintain them. Yet, it appears that the BBMP does not recognise the value of our contribution and has not renewed our MoUs. We hope this will be done this year. Also, we face issues of sewage influx and encroachment which only the authorities can resolve. Will they? At least in 2022?” she asked.

Listing the challenges it faced over the last two years, the BBMP has assured citizens of action. R. Suguna, chief engineer, lakes and storm-water drains, BBMP, told The Hindu that apart from the obvious delay due to COVID-19, heavy rains last year contributed to the delay in rejuvenation works. “But work on eight lakes is almost over and should be completed by this month,” she added.