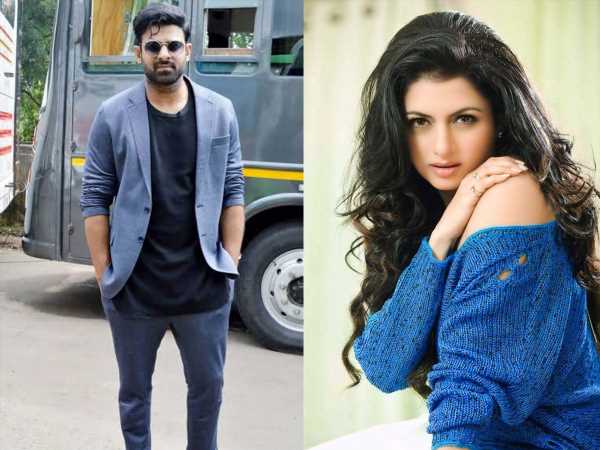 After a long  gap,  Bhagyashree is all set to make a comeback on the big screen with  Young Rebel Star Prabhas and Pooja Hegde starrer upcoming romantic film Radhe Shyam and Kangana Ranaut starrer Thalaivi.  In Radhe Shyam, which is being directed by Radha Krishna Kumar of jil fame, she is playing Prabhas’ mother. Prabhas  who is a foodie, has  sent a stack of Pootharekulu sweets to Bhagyashree.  The actress herself confirmed the same by sharing the pics of Hyderabadi sweets on her Twitter. She also mentioned in her tweet that  Prabhas is spoiling her with sweets.

Earlier during an interview, speaking about Radhe Shyam, Maine Pyar Kiya actress was all praise for Prabhas. She revealed that the Baahubali star kept the set ambience lively.

The makers have recently resumed the shooting in Hyderabad and is currently busy canning a song and also complete the pending patchwork. Now, a shocking update about  Prabhas starrer is doing rounds on the Internet that the movie will have a sad ending.

The film Radhe Shyam, which is bankrolled by UV Creations, Gopi Krishna Pictures and T-Series, is being shot simultaneously in Telugu, Tamil, and Hindi. Besides  this film, Bhagyashree will also be seen in Kitty Party and the Telugu remake of Hindi romantic drama 2 States.