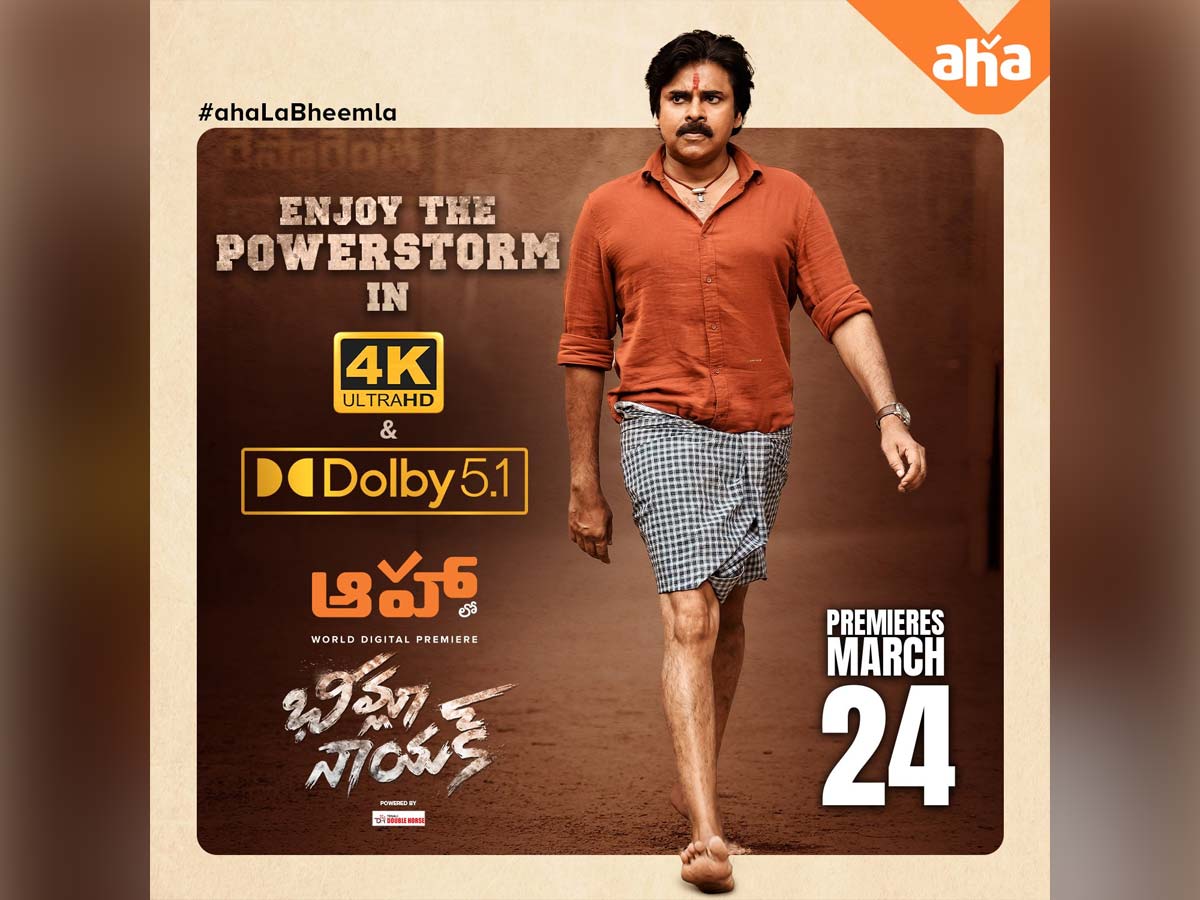 ‘Bheemla Nayak’ produced by Suryadevara Naga Vamsi under the banner of ‘Sithara Entertainments’. we all know that power star Pawan Kalyan and Daggubati Rana‘s recent movie is a remake of the Malayalam super hit ‘Ayyappanum Koshiyam’. Trivikram provided the words and screenplay.

Directed by Sagar Chandra, this film has undergone a number of changes to suit the tastes of the Telugu audience. They were a great plus for the film. Pawan Kalyan has become a mass fanatic for the Rana Attitude for Mannerisms. It is known that the digital premiere of ‘Bhimla’ will be streamed on March 25 on ‘Aha’.

However, The movie ‘RRR’ will also be released on March 25. If ‘Bhimla’ is released on the same day then ‘RRR’ is likely to have some impact on the openings. That is why it is clear that ‘Bhimla’ is being fielded one day in advance.Now it was announced that it will be going digital streaming on March 24th a day earlier.

‘Aha’ impresses the Telugu audience immensely with its diverse content. Every Friday a new movie is released to entertain the fans. Now it is clear that the celebrations will started a day ago.