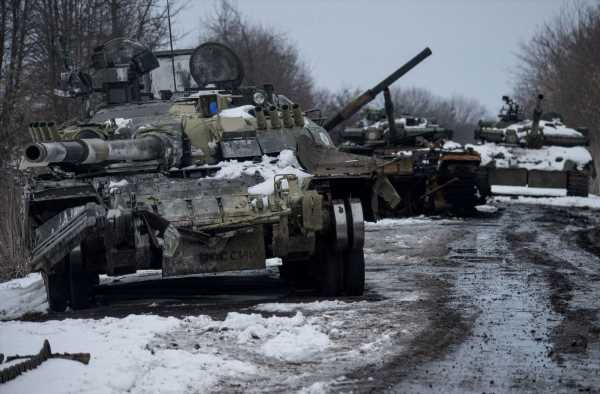 President Joe Biden on Tuesday announced that the United States would ban the import of Russian oil and gas, ‘targeting the main artery of Russia’s economy’ in response to its invasion of Ukraine.

The President said he made the decision in consultation with European allies but added they may not be in a position to join the US in banning Russian energy imports.

“Today I am announcing the United States is targeting the main artery of Russia’s economy. We’re banning all imports of Russian oil and gas and energy,” Biden said in remarks from the White House.

“That means Russian oil will no longer be acceptable at US ports and the American people will deal another powerful blow to Putin’s war machine.”

The action follows pleas by Ukrainian President Volodymyr Zelenskyy to the US and Western officials to cut off the import of Russian oil and gas.

“Americans have rallied to support the Ukrainian people and have made it clear we will not be part of subsidising Putin’s war,” Biden told reporters at the White House.

The latest move is likely to escalate further tension between the two countries and would impose a greater economic cost to invading Ukraine.

“This is a step that we’re taking to inflict further pain on Putin, but there will be costs as well here in the United States. I said I would level with the American people from the beginning, and when I first spoke to this, I said defending freedom is going to cost us as well in the United States,” Biden said.

Europe, which is far more dependent on Russian energy than the United States, announced Tuesday a plan to cut gas imports from Russia by two-thirds this year, The Washington Post reported.

According to The Hill, as of last year, the US was importing nearly 700,000 barrels per day of oil from Russia, while it consumes about 20 million barrels daily.

Senator Rob Portman commended the Biden administration for agreeing to ban the importation of Russian crude oil, petroleum, petroleum products, liquefied natural gas (LNG) and coal into the US.

“I’m pleased the administration made this decision today because it is yet another tool we can use to bankrupt President Putin’s economy and his war machine,” he said.

“Now we must do more here at home to put in place an all-of-the-above energy strategy and expand domestic energy production to help families impacted by higher energy costs and increase our energy security, both now and in the future,” Portman said.

US Chamber of Commerce applauded the administration for banning Russian energy imports.

“It’s time now for the administration to partner with domestic energy producers to leverage America’s ability to produce more oil and gas and focus on pro-growth policies to benefit our economy and the world’s security,” said Martin Durbin, president of the US Chamber of Commerce’s Global Energy Institute.

Before heading to Texas, Biden told reporters that the latest sanctions mean ‘tyrants like Putin won’t be able to use fossil fuels as weapons against other nations, and it will make America the world leader in manufacturing and exporting clean energy technologies of the future to countries all around the world.

Gas prices were already on the rise as the US grappled with record inflation amid the coronavirus pandemic.

In the fall, ahead of the busy holiday travel season, Biden announced the largest release of oil from emergency reserves in US history to try to combat high energy prices.

The move comes as gas prices skyrocket in the US as Russia’s invasion of Ukraine rocks the global oil market.

The sanctions the West has slapped on Russia have so far exempted oil exports. But Biden has faced pressure from both Democrats and Republicans to impose tougher restrictions on Russia’s energy sector, which could inflict more damage on the Russian economy than the retaliatory economic measures taken so far, CNN reported.