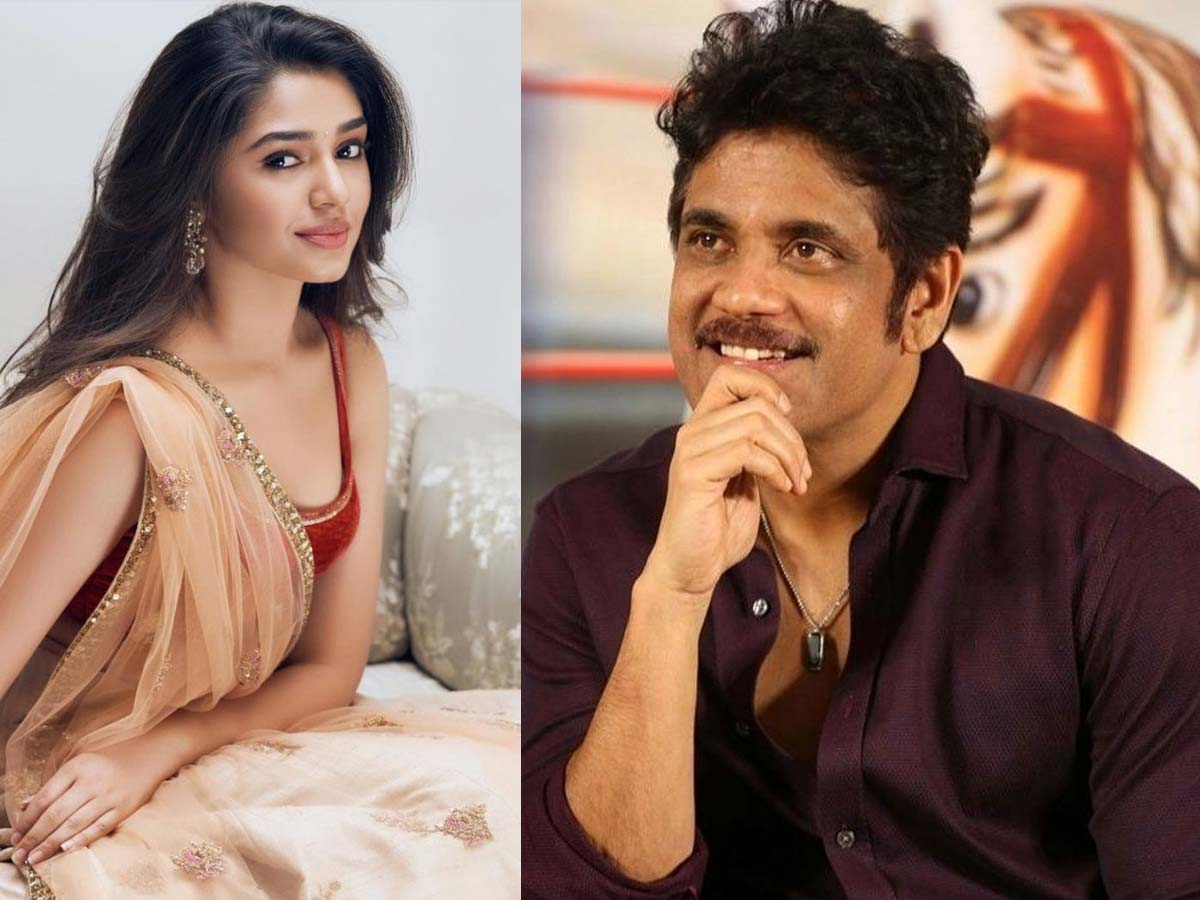 King Nagarjuna has already confirmed that he is coming up with Bangarraju very soon. The upcoming film, a prequel to  ‘Soggade Chinni Nayana’ that had Nagarjuna and Ramya Krishnan in the lead roles, is expected to go on the floors by the end of this year.    This time once again Naga Chaitanya will be seen working with his father Nagarjuna in Bangarraju. Now the reports are coming that Nagarjuna wants to rope Krithi Shetty on the board to play the female lead role and if she gives her nod, she will romance Naga Chaitanya in Bangarraju.

The news is that Nagarjuna was highly impressed with her in  her previous offering, the romantic drama Uppena, which was helmed by Buchi babu Sana and suggested her name to act opposite  Naga Chaitanya. Now we have to wait and see whether she is the part of Nagarjuna’ dream project.

After the release of Uppena, Krithi Shetty has become a sensation in  Telugu and Tamil film industry and top film makers are approaching her for their upcoming projects.

Currently she is working with Natural star Nani in supernatural drama Shyam Singha Roy and  a film with Sudheer Babu and Ram  Pothineni.

Kalyan Krishna who had directed SCN will be helming the megaphone  and  Nagarjuna will produce it under his banner Annapurna Studios.