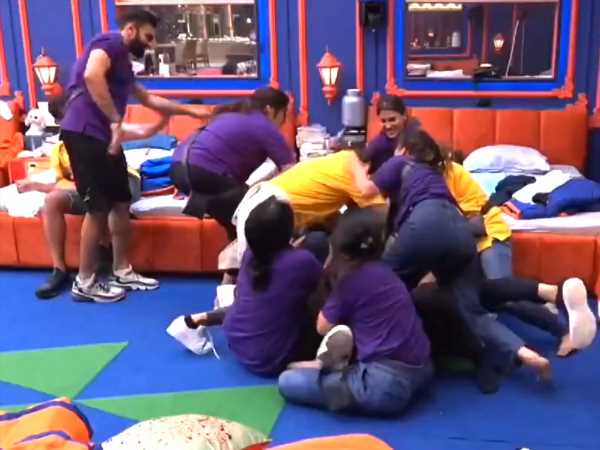 The latest episode of  the reality show Bigg Boss 5 Telugu has witnessed many dramatic twists as the two teams – Team Wolves and Team Eagles. Both the teams- Eagles and Wolves get into an ugly war of words.  On the otherside, Swetha Varma has landed herself in trouble for physically hurting Hamida in  the house. Swetha Varma was seen hurting the co-contestant while nominating her. Apparently, Swetha Varma lost her cool in the nomination process as she blamed Lobo and Hamida for being fake and playing a safe game in the   Bigg Boss show. She was also seen hurting Lobo that didn’t go down well with the netizens. Fans and followers of the show are irked with her behavior and are now requesting makers to eliminate her from the show.

The comments by the TV lovers on twitter are as follows:

Corona Corona: How can someone be so physically aggresive #BiggBossTelugu5 #SwethaVarma shud ve been kicked out immediately for hitting Hamida

Rohit: Highlight of today’s episode is #SwethaVarma what a lady just a Sec before she said humanity to humanity, women to women and all that she slapped with full paint to #Hamida disgusting behavior !! And she said sorry only to her not lobo why? #BiggBossTelugu5