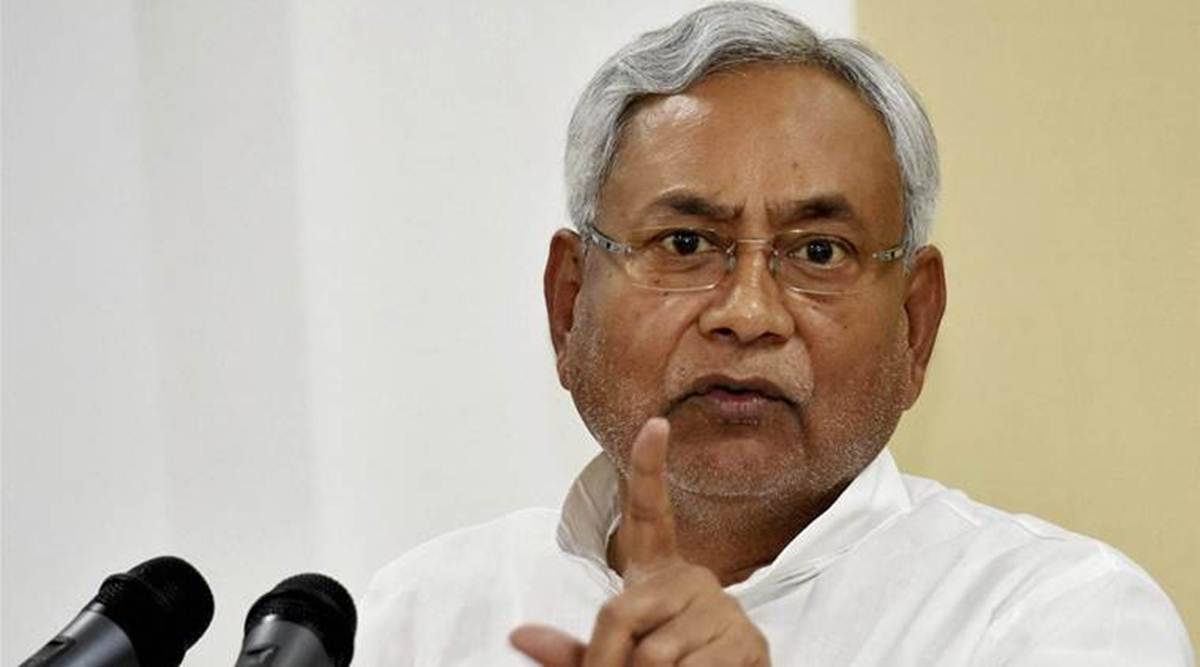 But sources said the Chief Minister also raised the findings of The Indian Express investigation and asked Prasad to “explain his side of the story in the public domain”. A DAY after The Indian Express reported that contracts worth over Rs 53 crore were awarded under Bihar’s Har Ghar Nal Ka Jal scheme to family members and aides of Deputy Chief Minister Tarkishore Prasad, the BJP leader met Chief Minister Nitish Kumar in what, he said, was “a review meeting of the Mines Department”. But sources said the Chief Minister also raised the findings of The Indian Express investigation and asked Prasad to “explain his side of the story in the public domain”.

Prasad also issued a statement targeting the Opposition RJD for “playing up” the issue. “The Opposition should engage in constructive criticism but has been trying to divert attention from serious charges of corruption they have faced… I have been trying to meet the goals and high standards set by Chief Minister Nitish Kumar and former Deputy Chief Minister Sushil Kumar Modi,” he said.

Meanwhile, the Bihar BJP unit has sent a “report” to the party’s central leadership on The Indian Express investigation into the award of contracts to family members of Prasad. Sources said the report was sent after an “emergency meeting” on Wednesday evening when BJP state chief Sanjay Jaiswal and general secretary (organisation) Bhikubhai Dalsaniya met Prasad.

BJP sources said the “emergency meeting was held on the instructions of the central leadership”. We have sent a report and are waiting for further directions,” they said.

Sources said that while engaging in business activities is “not bad or wrong” in itself, the report has noted that “it would be better if elected functionaries are more careful since they are public representatives and always under scrutiny”.

The ongoing investigation by The Indian Express found that in 2019-20, Bihar’s PHED allotted 36 projects under the scheme in Katihar, from where Prasad is a four-time MLA, to his daughter-in-law Puja Kumari — and two firms linked to his brother-in-law Pradeep Kumar Bhagat; and aides Prashant Chandra Jaiswal, Lalit Kishore Prasad and Santosh Kumar.

The investigation found that the award of contracts covers a range of beneficiaries: from JD(U) ex-state secretary Anil Singh, whose family got projects worth at least Rs 80 crore, to BJP MLA Vinod Narayan Jha’s nephew, who was awarded contracts worth around Rs 3.5 crore in 2019-20 when his uncle was PHED Minister.

On Wednesday, Jaiswal had defended Prasad, saying that his “family and aides had got contracts in 2019-20 when he was an MLA”.

On Thursday, JD(U) leader Anil Singh’s son Mrityunjay Kumar told The Indian Express: “My family has been in the contract business for over 40 years. We have carried out road work, and taken up other contracts inside and outside Bihar. We have been doing our work in a professional manner. The allotment of Nal Jal contracts has nothing to do with the political affiliation of my father. We qualified through the bidding process.”

The Indian Express found that Kumar and his wife Ankita Singh are directors of Fadle Chem Pvt Ltd, which was allotted Har Ghar Nal Ka Jal contracts in 2019-20.

Another beneficiary, Mohammed Sarfaraz of Sheikhpura whose brother Mohammed Khalid got contracts in Ariari, said: “I engage in politics but I am not associated with any specific party. I am the former mukhiya of Chordargah panchayat.”

With inputs from Liz Mathew