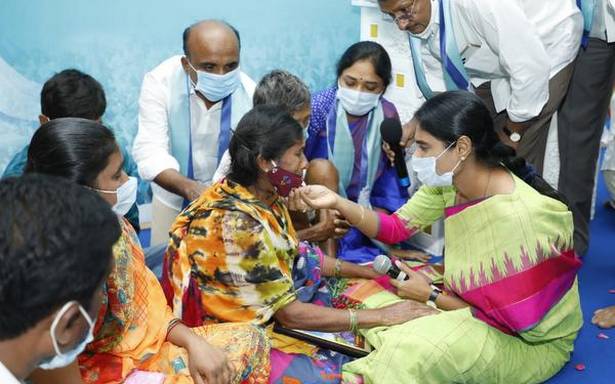 YSR TP president Y.S. Sharmila has alleged that both BJP and TRS have been playing ‘political games’ while farmers were dying due to various problems.

Ms. Sharmila interacted with the families of farmers who died and consoled them on Friday. She assured support to them from her party.

“During the last seven and half years, more than 8,000 farmers committed suicide in the state. Chief Minister K. Chandrasekhar Rao promised Bangaru Telangana but things are going the wrong way and he is responsible for their suicides. Some farmers committed suicide as government did not buy paddy and some as they were unable to sell their produce. Some others took the extreme step as they were unable to find their land details in Dharani,” said Ms. Sharmila while speaking to reporters.

She wondered how the Chief Minister promised to pay ex gratia to farmers who died in Haryana in the last one year of protests.