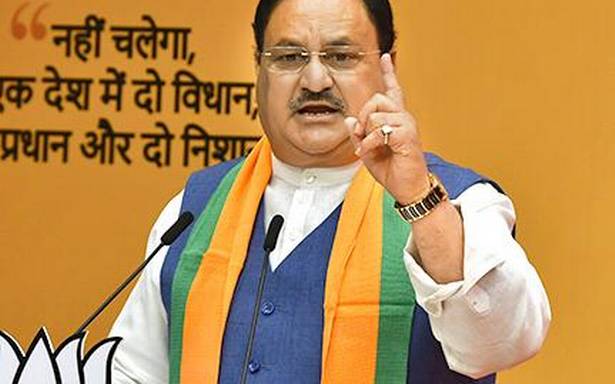 The State unit of the BJP — on the occasion of the party’s 41st Foundation Day — felicitated veteran party members, including Professor Vijay Kumar Malhotra, the first chief executive councillor of Delhi, here on Tuesday.

Prior to the creation of the Delhi Legislative Assembly, the post of chief executive councillor was equivalent to that of the Delhi Chief Minister.

More than 50 veteran party leaders were honoured on the occasion, including former Delhi president and ex-Union Minister Vijay Goel, former Delhi BJP president Vijender Gupta and leader of opposition in the Delhi Assembly Ramvir Singh Bidhuri among others.

BJP Delhi president Adesh Gupta said the party’s journey, which had started with two members, had culminated in bringing it to the “number one slot in the world.”

At a programme on the occasion to welcome senior leaders from the Jan Sangh era, veteran party leader Prof. Malhotra was honoured by Mr. Gupta. “Now the onus is on all of us to work in tandem with generation next to take the party even further,” Professor Malhotra was quoted as having said.