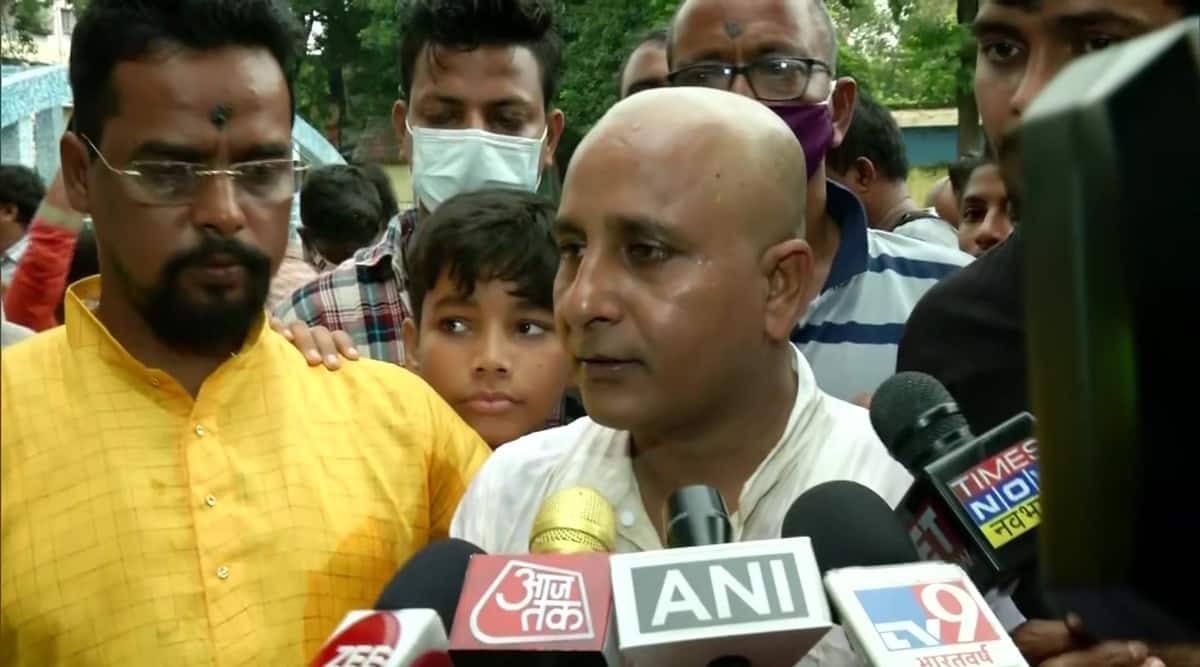 A day after praising West Bengal Chief Minister Mamata Banerjee for rising as the “face of Opposition” for the 2024 Lok Sabha election, BJP’s Tripura MLA Ashish Das Tuesday shaved his head and offered puja at Kolkata’s Kalighat Temple as a mark of penance and announced to give up his MLAship and leave the saffron party.

He was known to have visited the Trinamool Congress office in Kolkata last week but BJP had refuted the claims of his chances of joining Mamata Banerjee’s party.

“Kalighat is a very divine place where people’s wishes come true. Today, I shaved my head off as a mark of penance and I will keep it shaved till BJP is uprooted in 2023. I am leaving the party today. Whatever is my next step, it will be announced later,” Das told reporters in West Bengal, adding, most of the people, including him, think that they had made a mistake by trusting BJP.

“We thought the Narendra Modi-led government could protect us from the misrule of the last government that ruled for 25 years. Based on that belief, we unknowingly committed a mistake,” said Das.

BJP spokesperson Nabendu Bhattacharjee said, “We will not comment on this. Our topmost leaders will take a decision in this regard.”

Although Ashish Das didn’t announce formally that he will join TMC, a senior leader from the party said that Das will join Mamata Banerjee’s party Wednesday.