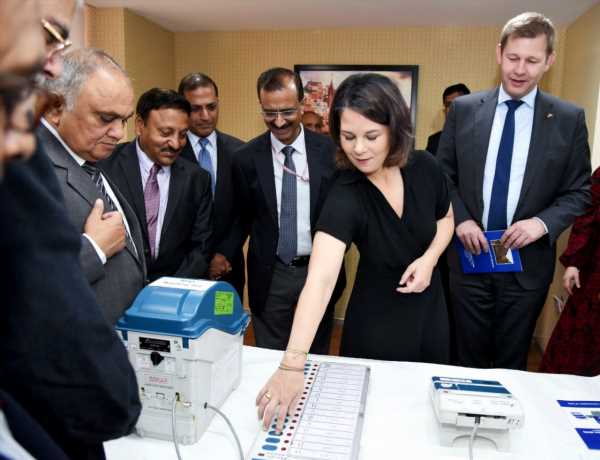 When the votes get counted for the assembly elections in Gujarat and Himachal Pradesh, the ruling Bharatiya Janata Party will be hoping to set a few new records. On the other hand, no party has won a back-to-back election in Himachal Pradesh after 1985. If the BJP manages to retain power in the hill state, that would be another record.

The BJP’s biggest wish, however, is to see the predictions of exit polls come true — which is registering its best-ever performance in Gujarat, while keeping power in Himachal Pradesh.

Its best performance in Gujarat goes back to 2002 when the party had won 127 seats in the 182-member state Assembly. This time around, exit poll predictions for the BJP winning seats range from 117 to 151.

If the results come in line with the median value of these predictions, the BJP would have surpassed its own record of 2002.

But the real icing on the cake will be if the BJP’s tally touches the outer limit of the exit poll predictions — that is if it crosses the all-time record of 149 seats that the Congress had won in 1985 under the leadership of Madhavsinh Solanki.

If the BJP wins big in Gujarat and gets a majority in Himachal Pradesh, such a verdict will give the party a huge morale boost, enthuse its rank and file, and the impression that it is on track to win the 2024 Lok Sabha polls will be further strengthened, said Sanjay Kumar, co-director of Lokniti at the New Delhi-based Centre for the Study of Developing Societies (CSDS).

The party will feel more confident about its 2024 plan, said Sushila Ramaswamy, a professor at the Department of Political Science in Delhi’s Jesus and Mary College.

Be that as it may, exit polls are prone to going wrong.

Given the resentment over rising inflation, widespread job losses and corruption, especially in the rural areas, the final outcome may fall way short of both exit poll predictions and the BJP’s expectations.

The worst outcome could be that the party loses Himachal Pradesh and its win remains as modest as it was in the last election, when it had won 99 seats.

Even then, Kumar and Ramaswamy believe the results would not have any serious consequences for the BJP in national politics, in the absence of a viable national alternative.

Kumar said a poor BJP performance may somewhat affect the narrative about its invincibility but noted that its string of losses in Rajasthan, Madhya Pradesh and Chhattisgarh in 2018 had little impact on its chances in the Lok Sabha polls in 2019 when it ended up sweeping these three states as well.

“If the BJP does not fare well in the two assembly polls, it will surely give the opposition a moment of celebration but my own sense is that this will not have much national implications,” Kumar said.

That said, Ramaswamy cautioned the BJP against any complacency, noting that the general elections are still a long time away and in politics, ground realities keep changing.

There are still many state polls to be fought before the next Lok Sabha polls and things are a little volatile on the ground in the aftermath of the Covid-19 pandemic that has aggravated economic hardship of the common people, she said.