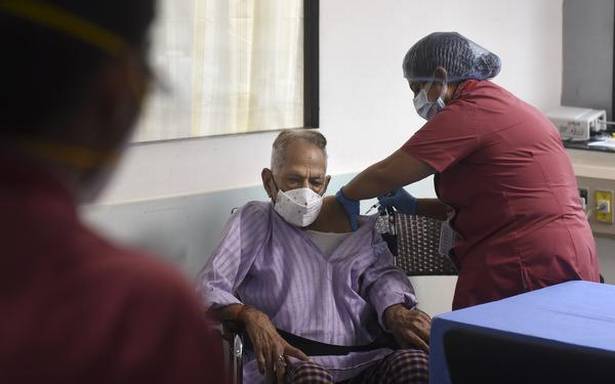 The Bombay High Court on Friday told the Maharashtra government to frame a policy or guidelines for door-to-door vaccination of those bedridden, and senior citizens.

Senior counsel Anil Sakhare appearing for the Brihanmumbai Municipal Corporation informed the court that it conducted a survey for in-home vaccination and identified 2,780 bedridden patients across 24 wards. As per the database shared by the civic body, as on July 14, R Central Ward had the highest number of bedridden people at 297. The survey till now is conducted in seven wards and is still going on in 17 wards.

Advocate General Ashutosh Kumbhakoni informed the court that till date, they have received 13,584 responses via social media by those seeking vaccination at home. The court, however said, the number was not big and that the government must publicise the proposal widely.

The bench said, “We are not satisfied with the progress. The advertisement needs to be published in newspapers. You should come with a policy otherwise the vaccination drive will get delayed.”

Advocate Kapadia meanwhile sought for the State to set up a helpline number for the bedridden and publicise it widely. The matter will be heard again on July 20.