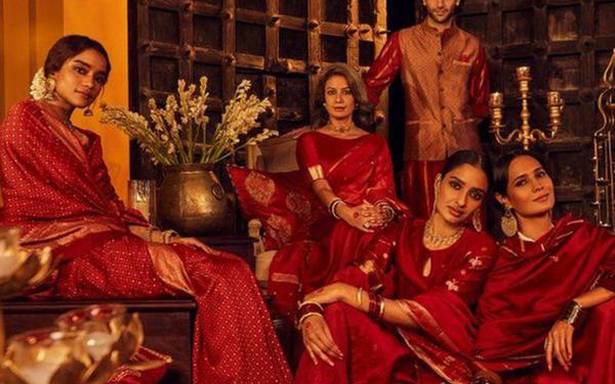 If companies capitulate to bullies and withdraw controversial ads, it will only fuel intolerance

In a famous 1990s advertisement for chocolate, an Indian woman without a bindi is seen dancing unabashedly in public to celebrate her boyfriend’s success. If that ad had come today, it would have hardly been surprising if it some had deemed it to be “against Indian culture”.

A series of recent ads has sparked controversy. A JBL ad showing a woman using noise-cancelling headphones to shut out the noise of Diwali crackers caused consternation. Some wondered aloud how the agency could think of suggesting that Diwali should be peaceful and noise-free. An ACKO ad for automobile insurance annoyed some simply because it was set in a garage where a puja for a car was being performed and also contained slapstick comedy. “Why copywriter cannot think beyond targeting Hindu traditions,” someone asked. A recent Fabindia ad got brickbats first because it used an Urdu phrase which means ‘celebration of traditions’ to refer to a collection being launched before Diwali; and second because some of the models in the ads were not wearing bindis.

Nowadays, anything, it seems, can become the basis for outrage. Voices are picked up from obscure corners of social media, relayed by the ultra-powerful on social media, and sometimes even seconded by the ruling party’s ministers. Sure, such outrages used to happen earlier too, but the frequency with which this is happening now is alarming.

The connecting thread between all the above examples is that the ads “hurt Hindu sentiments”. A lot of outrage can be manufactured using this framing. Strangely, even an ad that endorsed the bursting of crackers during Diwali sparked outrage. This was the Ceat ad featuring Aamir Khan. In the ad, Khan advises people in an apartment complex to avoid bursting crackers on roads after a cricket match and asks them to instead burst crackers inside their apartment complex so that they don’t disturb the flow of traffic. Many Ceat ads refer to objects or acts that hinder the movement of traffic. But people got angry. Some people, including a minister, said Muslims take up public spaces for namaaz and the company must “address that problem” too.

All this anger seems to be rooted in the fear that advertisements have the potential to influence people — whether it is about being casual with regard to religious rituals during Hindu festivals or about the intermingling of people from different religions. To stop ads from influencing people, people react in two ways. The first is by launching a coordinated campaign. Those participating in such a campaign argue that if brands can launch a coordinated campaign for a product, why can’t people do the same by using the power of social media? Of course they can. This is entirely legitimate. To put across a counter-view to what the ads propagate is to show a civil disagreement with the ads. If there is a concerted backlash to an ad and if it occurs without threats or coercion, the brands could engage in a conversation with such people by putting forward their counterpoints. But advertising agencies have never been good at conversations; they are only good at broadcasting. Zomato is perhaps the only brand that recently engaged with its critics after the ads starring Hrithik Roshan and Katrina Kaif were put out. Many people argued that the ads normalised the stressful working conditions of gig workers. Zomato responded that its ads were “well-intentioned, but were unfortunately misinterpreted by some people.” The ads, it said, were “shot with the purpose of making the delivery executive ‘the hero’.”

The second is through a coordinated boycott campaign. This too is legitimate but is an uncivil disagreement. Brands do not have a world view — brands rarely have world views except some such as Patagonia; only people do. Brands only have a sales view and invest money in ads accordingly. And brands advertise positive narratives — they do not ask anyone to boycott, hate, or hurt someone. The coordinated boycott campaigns are uncivil precisely because they elicit sentiments of hatred and divisiveness in response to brands asking people to come together and look beyond their differences or proposing newer ways of thinking — both of which are merely perspectives. We saw the first, i.e., a brand depicting togetherness, in the Tanishq Ekatvam ad. It showed a Muslim family preparing a traditional Hindu baby shower for their pregnant Hindu daughter-in-law. It attempted to “celebrate the coming together of people from different walks of life,” Tanishq said in a statement after anger erupted, but withdrew the ad nevertheless. And we saw the second, i.e., a brand pushing us to think in new ways, in the recent Dabur ad depicting a homosexual couple celebrating Karva Chauth. In India, same-sex marriages are not legally recognised.

At the most basic level, brands merely propagate a message in order to sell a product. Brands cannot impose anything on the people, unlike governments. If a person does not approve of or like a brand’s ad or its message, they have the freedom to ignore the ad or message. They also have the freedom to disagree vocally and share a counterpoint. But when that disagreement is taken to an extreme level, such as calling for a boycott, that means that the aggrieved person wants to force the brand to comply with their line of thought. That is not just intolerance, it is bullying. This is bound to lead to self-censorship and inhibit the ideas and creativity of brands. It creates a chilling effect on companies.

To be sure, people have been taking offence citing “hurt sentiments” for a long time. This is certainly not a recent phenomenon. But earlier, in the quieter days when there was no social media, “sentiments were hurt” in small, isolated circles. Now, any counter-perspective is shared with the world within minutes. And the ones who say their sentiments have been hurt usually tag others who they know will espouse the same ideology or cause. If they all have a huge social media following, the post goes viral within hours or even minutes.

Brands should stand by their ideas and creativity. They must decide what is the best way to tell the story of the brand as long as they are not miscommunicating with consumers or misleading them. But that conviction seems to be missing these days. All we see is brands quickly capitulating to bullies and withdrawing their ads. This will only embolden the bullies to call for more boycotts in the assumption that all brands will submit meekly to every threat. This will only fuel intolerance.

Karthik Srinivasan is a communications professional