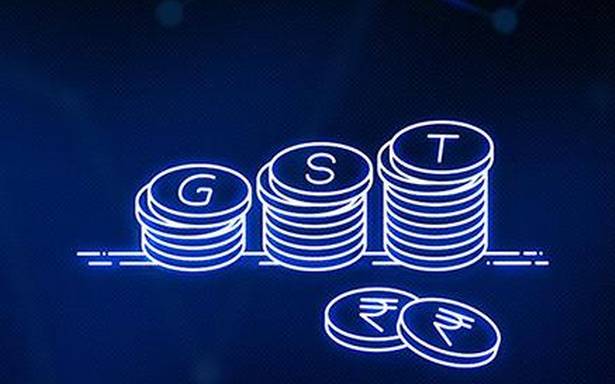 The Government can rationalise the GST rate structure without losing revenues by rejigging the four major rates of 5%, 12%, 18% and 28% with a three-rate framework of 8%, 15% and 30%, as per a National Institute of Public Finance and Policy (NIPFP) study.

The findings of the NIPFP, an autonomous think tank backed by the Finance Ministry, assume significance as the GST Council has tasked a Group of Ministers, headed by Karnataka CM Basavaraj S. Bommai, to propose a rationalisation of tax rates and a possible merger of different tax slabs by December to shore up revenues.

Multiple rate changes since the introduction of the GST regime in July 2017 have brought the effective GST rate to 11.6% from the original revenue neutral rate of 15.5%, Finance Minister Nirmala Sitharaman pointed out at the last Council meeting in September.

“Merging the 12% and 18% GST rates into any tax rate lower than 18% may result in revenue loss. Our study proposes that the GST Council may consider a three-rate structure by adopting 8%, 15% and 30% for revenue neutrality,” NIPFP associate professor Sacchidananda Mukherjee told The Hindu.

The nature of rate changes has also meant that over 40% of taxable turnover value now falls in the 18% tax slab, thus any move to dovetail that slab with a lower rate will trigger losses to the tax kitty that need to be offset by marginal hikes in other remaining major rates — 5% and 28%.

The 28% rate is levied on demerit goods such as tobacco products, automobiles and aerated drinks, along with additional GST compensation cess.

If the revenue loss from merging the 12% and 18% slabs were to be met by just hiking the rate on demerit or sin goods, the highest GST rate would have to be raised to almost 38%. Alternatively, the lowest standard rate will have to be raised from 5% to about 9%.

Currently, the GST regime levies eight different rates, including zero for essential goods and special rates of 0.25% on diamonds, precious stones and 3% on gems and jewellery. The NIPFP paper assumes these rates remain unchanged after noting that raising rates on ‘high-value low volume goods’ like precious stones and jewellery ‘may encourage unaccounted (undisclosed) transactions and therefore revenue leakages’.

Restructuring GST rates is a timely idea to improve revenues, Mr. Mukherjee said, adding that it was important to sequence the transition to the new rate structure so as to minimise the costs associated with tax compliance, administration and economic distortions.

If the GST rate structure prevailing at its onset in July 2017 was restored last year, additional GST revenues of nearly ₹1.25 lakh crore could have accrued in 2020-21, estimates the NIPFP paper titled, Revenue Implications of GST Rates Restructuring in India: An Analysis.

“The GST Council may consider placing some aggregate data in the public domain to help policy research as binding data limitations hinder meaningful research of the GST regime,” he averred.