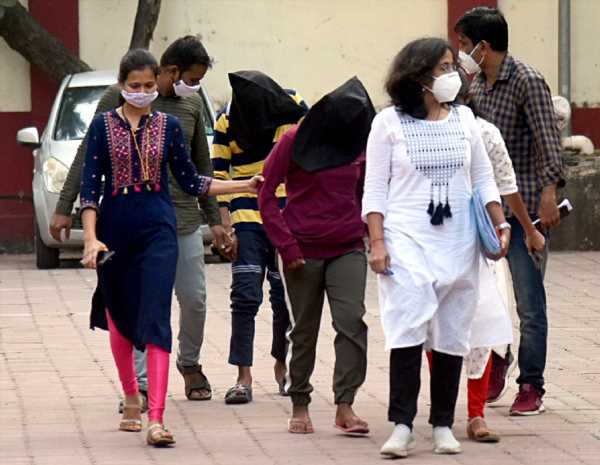 A Mumbai court on Monday extended till January 14 the police custody of Shweta Singh and Mayank Rawal, arrested from Uttarakhand in connection with the case pertaining to the ‘Bulli Bai’ app, which targeted Muslim women by putting up their images online for ‘auction.’

Besides, the court remanded another accused, Vishal Kumar Jha, who was the first to be arrested in the case from Bengaluru, to judicial custody till January 24 as he had tested positive for coronavirus.

The police on Monday sought further custody of Singh (18) and Rawal (21) and told the Bandra metropolitan magistrate that the probe into the case was at a crucial stage and hence, the interrogation of the accused was required.

Singh and Rawal were arrested by the Mumbai police’s cyber cell from Uttarakhand on January 5, while Jha was arrested from Bengaluru on January 4.

The police had earlier claimed that Singh was the prime accused, who had created a Twitter handle of the app.

The Delhi police’s special cell, which has also registered an FIR in the case, on January 6 arrested one Niraj Bishnoi from Assam. According to the police, Bishnoi was the main creator of the app.