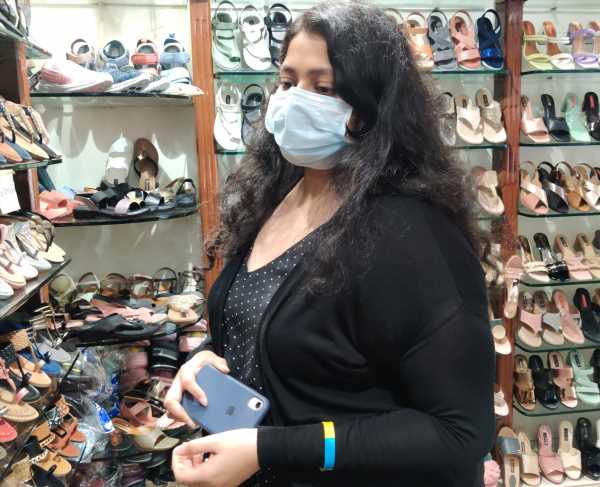 ‘We Indians stayed back in the hope that our embassy would give us some sort of direction, some sort of guidelines that the situation had gone out of hand and we should leave immediately.’
‘But the embassy did not bother to address our concerns.’ When Afsha Khan, a 20-year-old Mumbaikar studying at the Zaporizhzhia State Medical University, decided to leave Ukraine on February 18, the war had not yet begun.

But she knew something was wrong and she knew she had to get back home, to get to safety.

After three days, on the evening of February 21, she finally reached Mumbai. But many of her friends are still in Ukraine, still unsafe.

Their lives, she believes, are needlessly in danger of because the Indian embassy’s lackadaisical attitude in what was clearly a crisis.

“The Indian embassy did not bother acknowledging or responding to our queries,” she tells Rediff.com‘s Senior Contributor Neeta Kolhatkar.

You said Indian students are still stuck at your university campus.

Yes. On February 24, when the Russians attacked Ukraine, I began to get calls from my friends who were still stuck there.

They were terribly frightened. University officials were not answering their calls. As I am their group leader, they asked me to intervene.

When I contacted the university officials, the vice dean said we should remain calm and they would coordinate via the group leaders, who could then coordinate with the students who were still at the university.

By then, however, the parents were worried and had started calling. They wanted to know what specific measures the university was taking to protect the students and help them return home.

Our vice dean confirmed the attacks, but assured everyone at Zaporizhzhia was safe since the Russians were attacking Kyiv. They also said they would tell everyone where the bomb shelters were so that the students could go there if necessary.

My fellow students wanted me to tell them what to do as they were not feeling safe. As I was already in India, the only thing I could do was tell them to remain calm.

The university authorities themselves were shocked to discover there so many students — both foreign, particularly Nigerian and Moroccan, and Ukrainian — still on campus. How proactive has the Indian embassy been as compared to the American embassy, which was among the first to evacuate their students and staff working at various universities in Ukraine?

Towards the end of January — between January 28-January 31 — the American embassy was told by US President Joe Biden to evacuate all the staff and the few students who were there on any of the Ukrainian campuses because war was imminent. Even the UK prime minister asked his country’s people to leave.

The minute the American students left, we suspected something was wrong and asked the college authorities if the situation was getting dangerous and if Russia was going to attack Ukraine. All our queries were downplayed.

Our university was waiting for the Indian embassy to send an advisory asking the Indian students to return home. Of course, nothing of the sort happened.

We e-mailed the embassy, but didn’t receive any reply. We would call the embassy and nobody bothered to answer.

We approached our university officials and the director told us, ‘Your embassy has not informed the university about anything so you have to stay back and attend the offline classes.’

Due to COVID, we used to have online classes, but after the situation improved, offline classes were started. And, since they were on, we were told we could only be absent for a limited number of days.

The university director and the officials told us that if we want to go home ‘temporarily’, we had to be back within two weeks in order to attend our offline classes otherwise we would be expelled.

As students, we were in a quandary — what if we went home and there was no war? Then we would have to rush back in two weeks. The flight tickets are expensive and, given the situation, we knew our families would not let us return soon.

Everybody was in denial.

We asked many people if Russia would attack Ukraine and everyone — including the university officials — said no.

Except for the 3-4 American students on campus, the rest of us — who were around 20,000 in number — were in this confused state.

We Indians stayed back in the hope that our embassy would give us some sort of direction, some sort of guidelines or some indication that the situation had gone out of hand and we should leave immediately. But the embassy did not bother to address our concerns.

Just see how the American government cares for its citizens — even for 10 American students and staff, they gave clear evacuation instructions.

The worst hit are Nigerian students; their embassy is worse than ours.

They are our friends but we cannot do anything to help them. They are so afraid; one of them texted me that she doesn’t want to return to Ukraine after this experience.

None of us could have imagined that the year would unfold like this.

When did the Indian embassy finally send an advisory? What did it say? Did they ask you to leave immediately?

After hundreds of calls from hundreds of parents, and after hundreds of agitated e-mails, the Indian embassy issued an advisory on February 15 saying that if students found it ‘essential’ we could leave ‘temporarily’.

What does ‘essential’ mean? Isn’t education essential? How could they ask us to decide if we should leave or not, especially when the university was asking us to attend offline classes?

This irresponsible advisory left us even more agitated. They refused to take any responsibility. They did not indicate there was going to be a war and that we should leave immediately.

My Abba wanted me to come home in January. He used to constantly watch the international news channels and, from the satellite images they were showing, it was clear that Russia was not withdrawing its troops.

Our media, on the other hand, was reporting a de-escalation.

Finally, on February 17, the Indian embassy issued a second advisory telling us to leave the country.

Can they understand what they have put the Indian students through? And why? Was it fair? 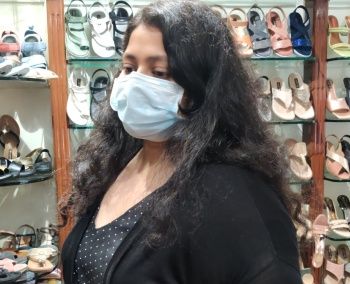