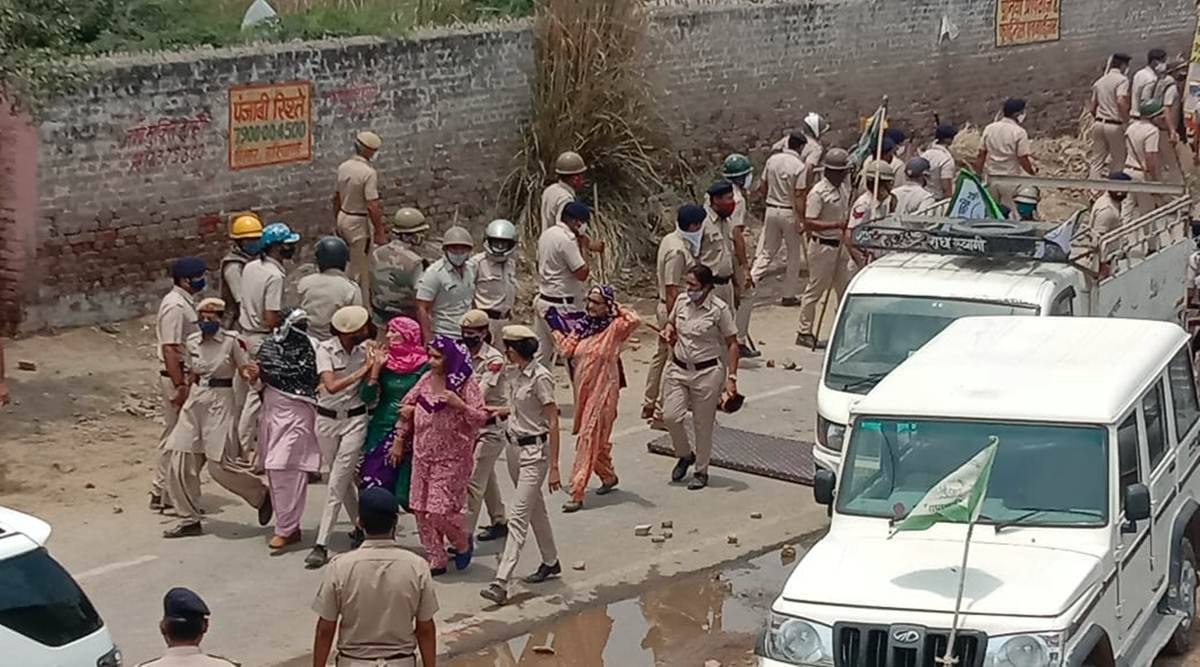 Though multiple FIRs have been filed over the protests, some of which have resulted in violence, none of the top farmer leaders has been arrested till date as they continue to lead rallies as well as protests outside police stations. 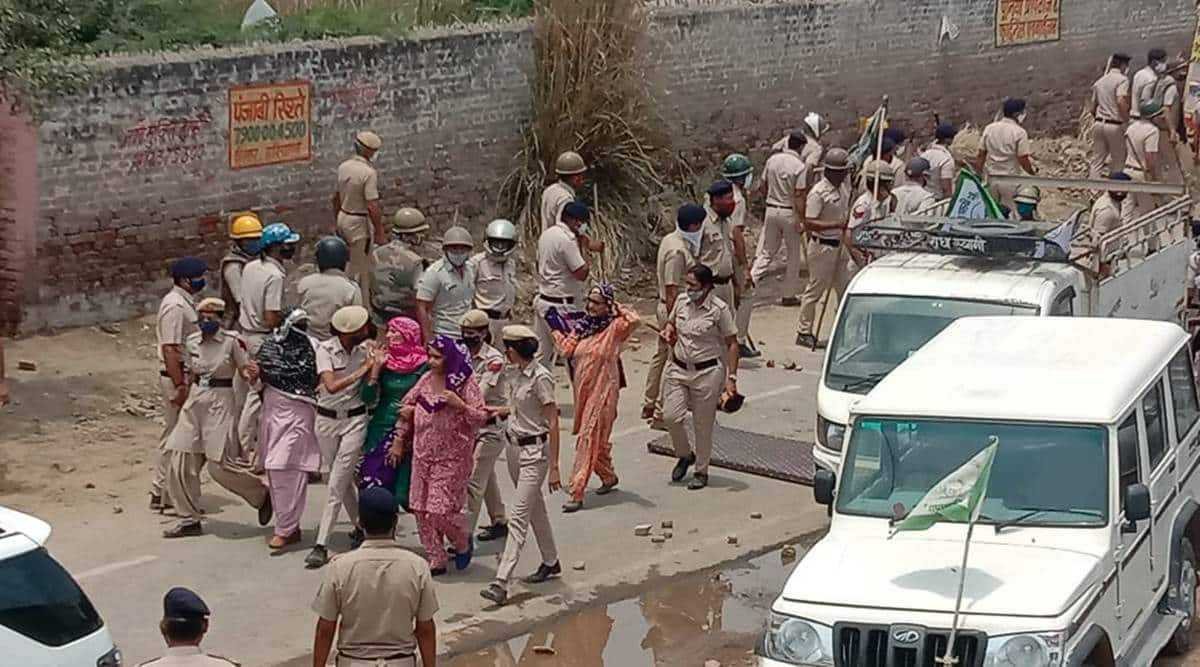 While public attention has moved on from the farmer protests at Delhi borders, there is no let-up in the backlash against the ruling BJP and JJP in Haryana, with its leaders forced to cancel visits, reduce public appearances, withdraw FIRs filed against protesters, and now even publicly apologise.

Though multiple FIRs have been filed over the protests, some of which have resulted in violence, none of the top farmer leaders has been arrested till date as they continue to lead rallies as well as protests outside police stations. The few arrested have had to be either bailed out or released under threats to block roads and gherao police stations.

In the most recent incident, the convoy of JJP (Jannayak Janata Party) leader Devender Babli, who has been vociferously critical of his own government inside and outside the Haryana Vidhan Sabha over the farm laws and even threatened to resign, was attacked by a group of farmers at his constituency Tohana in Fatehabad district on June 1. His PA Radhe Bishnoi sustained severe head injuries and his vehicle was smashed.

While police registered an FIR, three days later, Babli announced he had forgiven his attackers, submitted an affidavit saying he had no objection to the FIR being withdrawn, and also “apologised” for having hurled abuses at the group that attacked him.

The three protesters arrested enroute Babli’s residence after the attack were also released on bail after farmer leaders Rakesh Tikait and Gurnam Singh Chaduni camped outside the police station at Tohana in tents, blocked roads and threatened to gherao police stations across the state.

Last month, Jind MLA Krishan Midha had apologised to farmers protesting in his constituency over Chief Minister Manohar Lal Khattar’s visit to take stock of the Covid-19 situation in the area. The farmers have announced a boycott of the ruling coalition leaders in their areas.

Farmers accused Midha of passing “objectionable remarks” against them, when they protested over Khattar’s visit. A few even alleged his family members had pointed a gun at them. The local khap then took note of the matter, and reprimanded Midha.

After the MLA apologised at a panchayat, khap leaders Azad Palwa and Satbir Pehalwan said they had pardoned him. A police complaint accusing Midha’s family members of threatening farmers with a gun was withdrawn. The MLA told The Indian Express “the misunderstanding” between him and the farmers had been taken care of.

A few days later, farmers gathered for a protest near O P Jindal School in Hisar as Khattar was inaugurating a Covid care facility. As a clash broke out, in which several police vehicles were damaged, they were detained. Again, all of them were released by the evening after farmers led by Chaduni and other leaders protested outside the Inspector General of Police’s office and residence, blocked highways and threatened a dharna at national highways the next morning.

Chaduni claimed the district administration had apologised and assured that the cases registered against farmers would be withdrawn.

Asked whether the farmers had pushed the BJP on the backfoot, party state president Om Prakash Dhankar refused to comment, only saying, “The state government can answer better about the ongoing protests.”

JJP state president Nishan Singh promised to respond over the protests but later could not be contacted despite repeated attempts.

On at least two recent occasions, in March and May, JJP leader and Deputy CM Dushyant Chautala had to cancel his scheduled visits to his constituency Uchana as the farmers, after getting to know about his programme, started gathering for a protest. Thrice in the span of the last few months, they have attempted to gherao his private residence in Sirsa too.

Earlier, Khattar as well as Haryana Home Minister Anil Vij, who has also faced protests, have repeatedly said “law and order disruption, violence shall not be tolerated at any cost and required action shall be taken against those responsible for it”.

Leader of Opposition and Congress leader Bhupinder Singh Hooda said the BJP-JJP government had failed to engage with the farmers. “They are protesting in Haryana’s territorial jurisdiction. The prime responsibility is of the Chief Minister to initiate talks and act as a mediator between the Union government and farmers. The Chief Minister has himself not spoken with the farmers… The government should immediately resume dialogue with farmers and resolve the standoff.”

Samyukta Kisan Morcha leader Yogendra Yadav said the Haryana government had lost its legitimacy with the farmers. “It is desperate to recover its iqbal (authority) through display of power, use of force or through backdoor tactics. Tohana shows once again that such attempts backfire. Farmers simply don’t permit these tricks.”