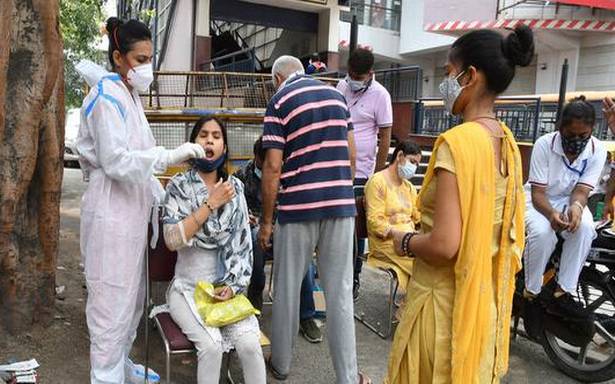 ‘Centralised inoculation policy has had no effect on Delhi’s stock’

New COVID-19 cases reported in 24 hours in the city dropped to 89 — the lowest in more than a year — taking the total cases to 14,32,381, according to a health bulletin released by the Delhi government on Monday.

The number of daily new cases was lower than this on April 30 last year, when 76 cases were reported in 24 hours.

The number of daily cases had peaked to 28,395 on April 20 this year and has been dropping after it.

AAP leader Atishi, presenting a daily bulletin on vaccination, said that Delhi’s stock of Covaxin for 18-44 age group would last only for a day.

“From June 21, when the nationwide universal vaccination campaign has started, it has had no effect on Delhi’s stock position. Delhi has not received even a single extra dose of vaccine. Delhi has been extremely vulnerable and its population density is very high,” she added.