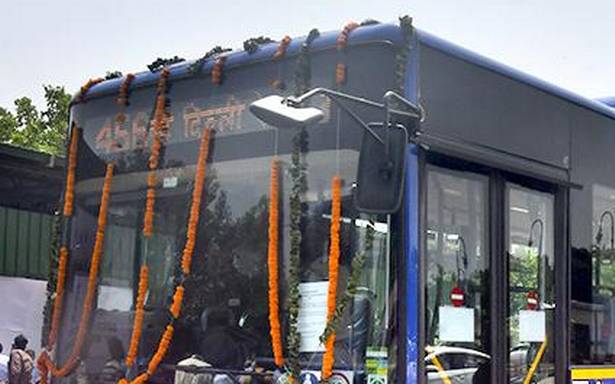 Construction of depots will start by year-end, finish by 2024

The Delhi government will develop multilevel bus parking facilities at various Delhi Transport Corporation (DTC) sites which, the government claimed, would be uniquely designed and be a first in the history of the city.

According to the government, these facilities will be self-sustaining and zero energy. The depots at Hari Nagar I and II and Vasant Vihar, of 5 acre and 6.21 acre, respectively currently house 100 and 230 buses each.

This will increase to accommodate 330 and 400 buses, each, over 4 and 7 floor depots after the redevelopment and will also account for basement parking spaces of over 2.6 lakh square feet accommodating over 690 cars and retail spaces.

These depots, the government stated, are designed with a vibration isolation system by use of steel helical springs after noise and vibration impact analyses and a 45° angle for maximum parking efficiency.

According to the government, these design considerations have been made after detailed research of similar projects abroad and live case studies and simulations, and the use of 45° angles would also enable 10-15% more buses to be parked at each depot.

Various other depot features such as washing pits, fuel filling stations which will in future be replaced by electric charging stations will also be incorporated at these sites, the government stated.

Apart from these two sites, DTC colonies at Shadipur and Hari Nagar 3 are being redeveloped into residential units along with retail and commercial facilities and will also include EWS housing as per the Delhi Master Plan 2021 norms.

In October 2020, the DTC had signed an MoU with the NBCC as part of which the NBCC will act as project management consultants for development of its major land parcels in various locations across Delhi for multilevel bus parking depots, redevelopment of residential colonies of DTC and more commercial facilities.

The construction of these multilevel bus depots will start by the end of this year and will be completed in a phased manner by 2024.