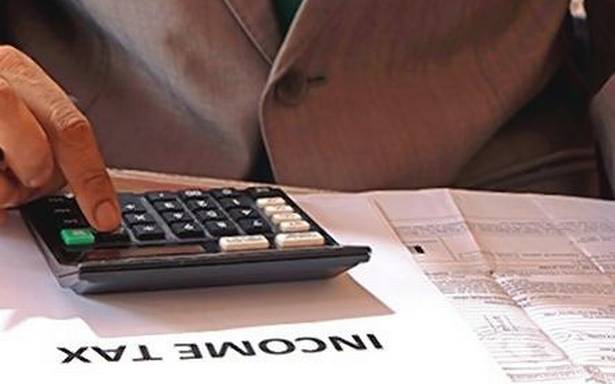 The income tax department has expanded the list of high-value financial transactions which would be available to taxpayers in their form 26AS by including details of mutual fund (MF) purchases, foreign remittances, as well as information in ITRs of other taxpayers.

Form 26AS is an annual consolidated tax statement that can be accessed from the income-tax website by taxpayers using their Permanent Account Number (PAN).

The Central Board of Direct Taxes (CBDT) on October 26 issued an order under Section 285BB of the I-T Act expanding the scope of information reported in new Form 26AS.

Additional information prescribed includes foreign remittance made by any person through an authorised dealer, breakup of the salary with deductions claimed by the employee, information in ITR of other taxpayers, interest on Income Tax Refund, information published in Statement of Financial Transactions.

The CBDT authorized "Director General of Income-tax (Systems) to upload information…in her/his possession, in the Annual Information Statement in Form 26AS in the electronic filing account registered by the assessee in designated portal, within three months from the end of the month in which the information is received by her/him." The Budget 2020-21 had introduced a new Section 285BB in the I-T Act, to revamp Form 26AS to an ‘Annual Information Statement’ which apart from TDS/ TCS details, would contain comprehensive information of specified financial transactions, payment of taxes, demand/ refund and pending/completed proceedings undertaken by a taxpayer in a particular financial year that has to be mentioned in income tax returns.

Following that, in May last year, the Income Tax Department had notified the revised Form 26AS, including information on high-value financial transactions undertaken during a financial year, a move which also facilitated voluntary compliance and ease of e-filing of I-T returns.

With this October 26 order, the list of details to be available in Form 26AS has been expanded further.

AMRG & Associates (Director – Direct & International Tax) Om Rajpurohit said the additional information to be loaded on the Annual Information Statement in Form 26AS would promote ease of faceless digital assessments.

"Even though additional tax contributions from taxpayer’s would be insignificant, cumulative effect would be noteworthy. This change will push all the taxpayers towards a precise and accurate self-declaration of income earned," Mr. Rajpurohit added.

Nangia & Co LLP Partner Shailesh Kumar said the new Form 26AS will now have details about foreign remittances made by taxpayer, as reported by Authorized Dealer in Form 15CC, more comprehensive details about allowances, deductions claimed by taxpayers in respect of their salary income as reported to the employer.

"This new reporting in Form 26AS will help both taxpayers as well as tax authorities in assessing a taxpayer’s profile and bring better flow of information between taxpayer and the tax authorities.

It will also assist the taxpayers to identify and take corrective action, in case any incorrect information/ detail is reported in Form 26AS, he added.

Now, all such information under different statement of financial transactions (SFTs) will be shown in the new Form 26AS.

The information being received by the department from the filers of these specified SFTs is now being shown in Part E of Form 26AS to facilitate voluntary compliance, tax accountability and ease of e-filing of returns so that the same can be used by the taxpayer to file her or his income tax return by calculating the correct tax liability in a feel-good environment.

AKM Global, Director-Tax and Regulatory, Sandeep Sehgal said over the last few years, Form 26AS has been getting more comprehensive in terms of the information available for a taxpayer about the taxes withheld and other financial information. As per the latest order, additional details would be collated from various sources and would be available.

"The idea seems to make this a go-to-document for the taxpayers to have almost everything at one place from basic tax deductions to other important details so that the compliance requirements can be met in a hassle-free manner,” Mr. Sehgal added.