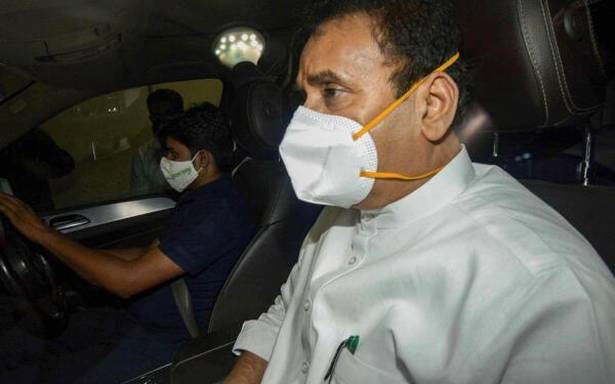 The searches are understood to be taking place on the premises of Anil Deshmukh in Nagpur and Mumbai, they said.

The searches are understood to be taking place on the premises of Mr. Deshmukh in Nagpur and Mumbai, they said.The Agency has not disclosed the case in which the search operation is going on.

The CBI had booked Mr. Deshmukh and some other unidentified people under IPC sections related to criminal conspiracy and the Prevention of Corruption Act for “attempt to obtain undue advantage for improper and dishonest performance of public duty.” Allegations against Mr. Deshmukh had surfaced after the removal of Mumbai Police Commissioner Param Bir Singh.