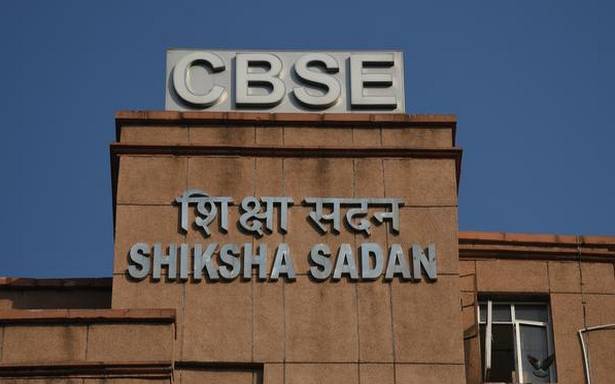 The CBSE (Central Board of Secondary Education) has extended the last date for schools to finalise Class 12 results from July 22 to July 25. In case any school fails to complete the moderation process by then, its results will be declared separately, a letter from Controller of Examinations Sanyam Bhardwaj on Wednesday said.

The board also announced that Class 12 examinations for private candidates would be held between August 16 and September 15.

In a letter to the CBSE school principals on the eve of the deadline to finalise results, Dr. Bhardwaj noted that “teachers involved are under stress, getting panicky and committing mistakes and sending request to CBSE to rectify these.” Given these problems, the board has decided to extend the deadline to 5 p.m. on July 25.

“It is requested that schools may continue to work towards compiling the result by completing the moderation to avoid any last minute rush. In case any school is left to complete the moderation, the result of such schools will be declared separately,” said the letter.

The CBSE had said the final results would be declared by July 31.

When board examinations were cancelled due to COVID-19, it formulated a tabulation policy to assess students using previous years’ marks, as well as internal and practical scores. However, the process is different for private candidates.

“In case of regular students, schools have conducted a unit test, mid-term and pre-board examinations, and thus the performance of these students was available. However, in the case of private candidates, no records based on which their assessment could be done without the conduct of examination,” said an official statement.

In multiple posts on social media, private candidates have asked why their health and safety concerns are not considered as seriously as those of regular candidates. They have also complained that the delay in holding exams for them will affect their prospects for admission into higher education.

The CBSE statement said it was coordinating with the University Grants Commission to ensure that the admission schedule took into account the later declaration of results for private candidates.