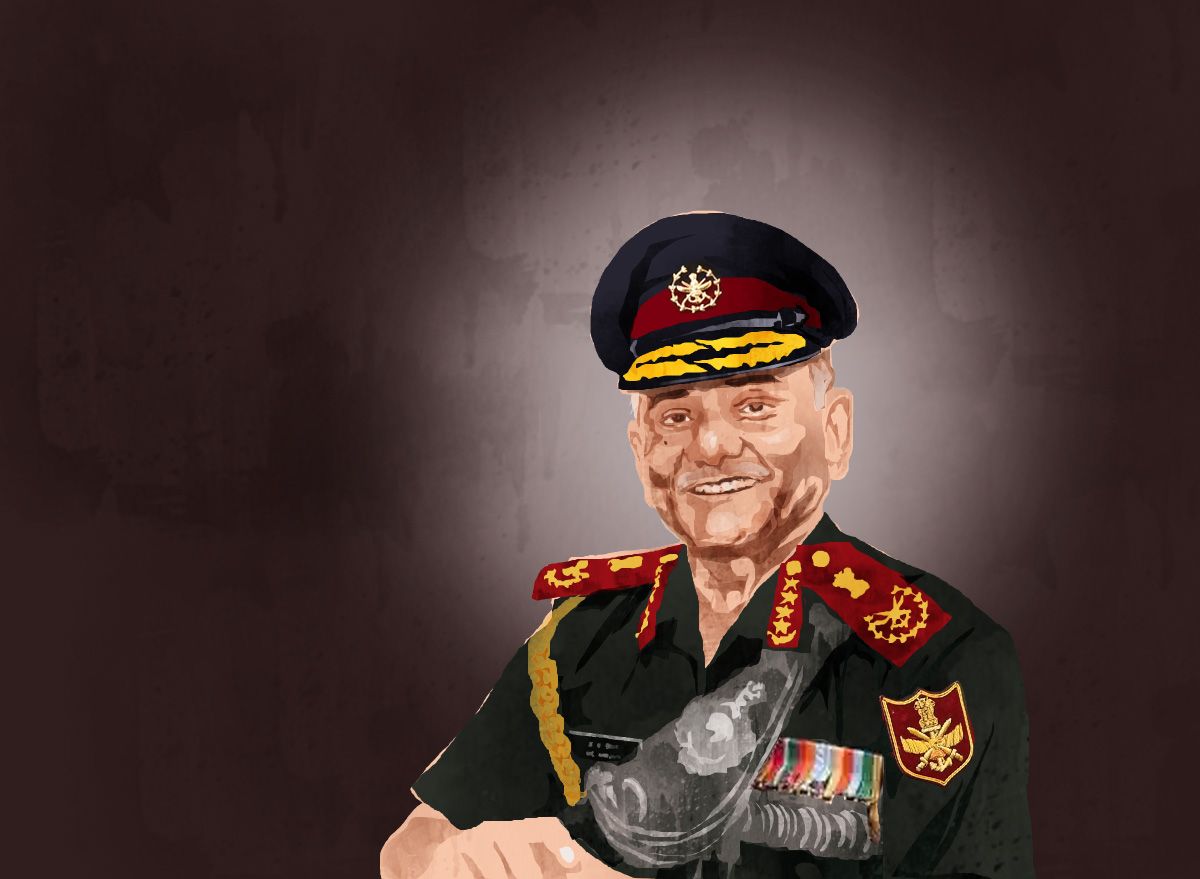 In an army that favours officers who have spent the bulk of their service years doing counter-insurgency operations in Jammu and Kashmir, General Anil Chauhan is that rarity: A China specialist who has logged plenty of service years along the Line of Actual Control and the McMahon Line with China.

General Anil Chauhan, who assumed office as India’s second Chief of Defence Staff, will wear two additional hats: He will head the Department of Military Affairs (DMA) as secretary; and he will also be the Permanent Chairman, Chiefs of Staff Committee (COSC).

The other three members of the COSC will be the chiefs of the army, navy and the air force.

In what might be his most weighty responsibility, General Chauhan will also be the Principal Military Advisor to the defence minister on all tri-service matters

General Chauhan could hardly present a greater contrast than his predecessor General Bipin Rawat, who was tragically killed in a helicopter crash last December, along with 12 others, near Coonoor in Tamil Nadu.

General Rawat was a gregarious, outspoken, commander who interacted with people, including journalists, with few little restraint.

General Chauhan, in contrast, is described by one of his contemporaries as a “soft-spoken, restrained personality who radiates a quiet but firm authority.”

General Chauhan was one of four second lieutenants who found themselves commissioned into a single regiment — 11 Gorkha Rifles — in the years that started from December 1978.

Two of them, General Rawat and General Chauhan, have gone on to become full generals and appointed CDSs.

In the tight army brotherhoods that are born from shared units and regimentals, the latter two share the pride that arises from ascending together the pinnacles of rank and appointment.

“Anil Chauhan knows his job like nobody else. He seldom wastes his time attending parties and picnics. And he has the courage and integrity to disagree professionally with his seniors and to tolerate dissent and disagreement from his subordinates,” says Lieutenand General (retd) Shokin Chauhan. General Chauhan is known to express his views frankly, not necessarily adopting the conventional approach.

For example, while discussing the proposals for Agnipath and Agniveers — the new scheme to widen and increase the intake of short-service recruits into the military — General Chauhan is learned to have suggested changes, which made the scheme more practical and workable than the version that the ministry had suggested.

He has had the time to develop a bond with National Security Advisor Ajit Kumar Doval, under whom he has worked as a military advisor in the National Security Council Secretariat since he retired from the Indian Army nine months ago and who, like him, hails from Garhwal.

In June, the government changed the policy permitting retired three-star generals under the age of 62 to return to service and take up the job of CDS.

This policy permits such officers to serve as CDS until they reach the age of 65.

That will permit General Chauhan to remain the tri-service chief for a little over three years.

In an army that favours officers who have spent the bulk of their service years doing counter-insurgency operations in Jammu and Kashmir, General Chauhan is that rarity: A China specialist who has logged plenty of service years along the Line of Actual Control and the McMahon Line with China.

After commanding the crucial Baramulla Division as a major general, General Chauhan was promoted to lieutenant general and given command of the sensitive Tezpur Corps that defends most of Arunachal Pradesh.

He then served a tenure as Director General Military Operations, during which the air force carried out the Balakote air strikes in retaliation for a suicide car bomb attack in Pulwama that killed 40 Indian securitymen. Elevated to army commander, just a step below army chief, General Chauhan was posted to Fort William, Kolkata, and given charge of the Eastern Command.

But that was only to be brought to the NSC under Doval and to eventually become India’s first lieutenant general to be brought out of retirement, promoted to full general and appointed CDS.

Outside of working hours, the new CDS values his privacy. A good golfer, General Chauhan is described by all his contemporaries as a “family man”.

He has a single child, a daughter, who is studying architecture in Norway.

Over his busy career, General Chauhan has had the time to write two books, including one on nuclear warfare.

For the next three years, however, his job description will centre on the creation of joint theatre commands, cutting down on wasteful expenditure and the indigenisation of weapons and systems in India’s military.