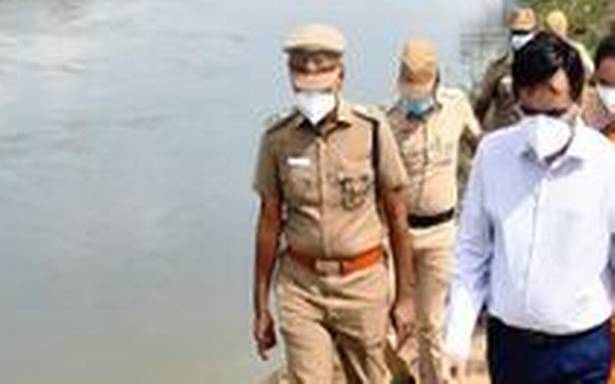 A four-member team of the Union government, led by Rajiv Sharma, Joint Secretary in the Home Ministry, visited various flood affected areas of the city on Monday for damage assessment.

The team assessed damage caused to drains on flooded roads, such as Siva Elango Salai in Kolathur. Old drains constructed using brick and mortar in areas such as Jawahar Nagar have been damaged during the flood mitigation measures taken by the Corporation officials. As the flood level was high, Corporation engineers decided to demolish the brick and mortar drain to bail out water in Kolathur.

As the civic body prepares for another spell of rain starting November 26, more damage to civic infrastructure is expected.

Many urban primary health centres, such as the Manali UPHC, have been damaged in the floods caused by the release of water from the Poondi reservoir.