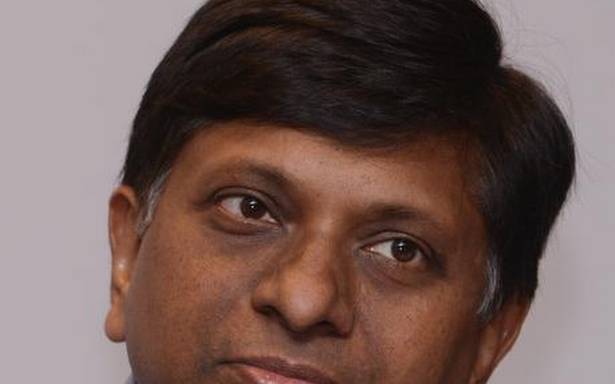 Information and Broadcasting secretary Apurva Chandra on January 21 defended the Centre’s proposal to amend the IAS (Cadre) Rules, saying working with both— the Centre and State governments not just broadens the perspective of officers but also serves the purpose of the all India services.

He said that the Indian Administrative Service (IAS) officers cannot always remain posted in the States as it does not work well either for the service or the officers.

Referring to his personal experience, Mr. Chandra said that he has been "hugely" benefitted with his tenures at the centre in various capacities and his cadre State Maharastra in his career so far.

"I first came to government of India and spent four and half years in the Ministry of Petroleum. I was appointed as Commissioner of Sugar in Maharashtra when I went back to State. Because I was part of ethanol blending programe durign my stint at the Centre, I could use that experience to push all the sugar factories in Maharashtra towards ethanol blending…which helped the sugar factories of Maharashtra to a great extent," he said.

He said that his experiences during his stint in Maharashtra as principal secretary of the Industries department helped him "hugely" when he was posted in the Ministry of Defence.

"This is absolutely essential because you develop a broader perspective, you take something from Government of India to the State and bring something to Government of India from the State. That is how our all India services are structured," he said, adding "Otherwise, what is the difference between our service and any other service?" The Depatment of Personnel and Training (DoPT) recently proposed changes in the IAS (Cadre) Rules, 1954, that will take away the power of states to override New Delhi’s request for seeking officers on central deputation.

West Bengal Chief Minister Mamata Banerjee on January 20 wrote to Prime Minister Narendra Modi on the proposed amendment, insisting that it would create a “fear psychosis“ among officers and impact their performance.

"It is still a recommendation. It has gone to the State governments for their comments. Discussion process is on. But the point is that it has to work both ways. You can’t have consent all the time," Mr. Chandra said when asked for his comments.

He said that officers of some cadres like Maharashtra do not want to come Delhi.

"Only 20 officers from Maharashtra are there in government of India (posting) against the quota of 93….there has to be some level playing field. Everybody has to do certain work at the level of government of India as well as the state government. This is my personal view," he added.