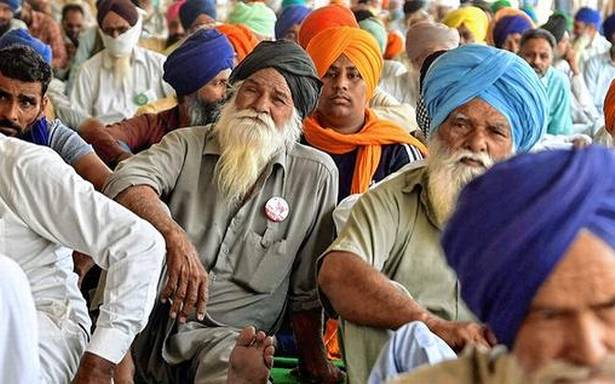 Protesters said government has not invited unions for talks.

Protesting farmers at the Singhu border on Wednesday said that the Centre’s statement on resuming talks were “false promises” and despite assurances, the government had not invited the unions for a talk.

Several of the farmers, who have been at the border for nearly five months now, said that despite 11 meetings with Union Ministers, they had failed to convince farmers on why the three laws were beneficial to them.

Gurmeet Singh, a farmer from Punjab’s Moga district said: “We had a very clear proposal that all the three laws need to be repealed completely. The government conducted 11 meetings, yet they could not explain or impress upon us as to why the laws will be beneficial to us and why we should accept the laws. Statements that they are open for a dialogue is nothing but empty promises.”

“Ministers also keep mentioning about the pandemic. But on the other hand, they are allowing the Kumbh Mela to take place. Is this not double standards? Will the virus come to Delhi only and affect the farmers?” asked Mr. Singh.

Stating that the government has to make the first move and invite the unions for a dialogue, protesting farmers reiterated their stand that they would not vacate the protest sites till the laws are repealed.

Amardeep Singh, a farmer from Punjab’s Patiala district said: “Sitting over here in this heat is not easy for us. We are facing difficulties as well but that does not mean that we will abandon the protest. The government needs to approach us for the next round of talks. How can we suddenly land up on our own?”

Maninder Singh, another farmer from Patiala said: “When the union leaders went for a discussion, our stand was clear and we wanted a complete repeal of the laws. Our demands have not changed over the past few months. First the government thought that they could fracture the movement through the January 26 incident but that did not happen. People are still standing their ground over here. By talking of a discussion but not really inviting the leaders for talks, they are only giving false assurances.”