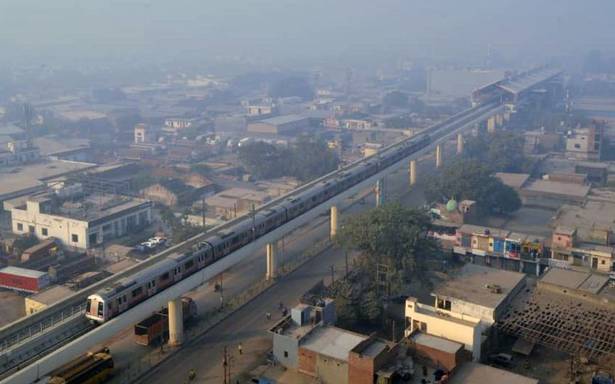 Ban on trucks and shutting down of schools are among the measures proposed, according to Solicitor General Tushar Mehta during a hearing, which is underway.

The Centre on Wednesday, November 17, 2021, proposed a slew of measures in the Supreme Court including a ban on entry of all trucks in the national capital except vehicles carrying essential goods, shutting down of schools and 50 per cent attendance in offices of GNCTD to reduce air pollution in Delhi-NCR.

Solicitor General Tushar Mehta told a bench headed by Chief Justice N.V. Ramana that a meeting of chief secretaries of Haryana, Punjab, Uttar Pradesh and Delhi along with others was held on Tuesday.

The Centre suggested 50 per cent attendance in offices of government of national capital territory of Delhi (GNCTD).

The hearing is currently underway.

Delhi-NCR recorded its air quality in the very poor category on Wednesday morning and no major improvement is likely until Sunday, authorities said.