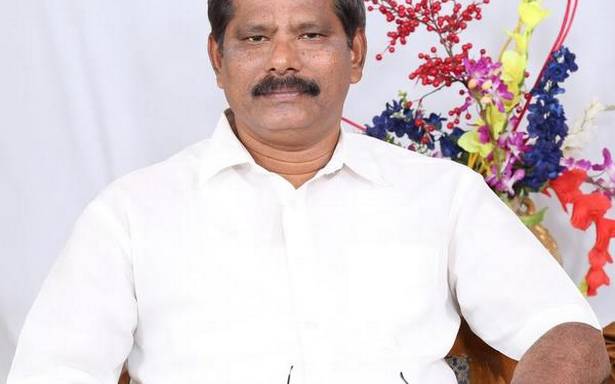 The TDP rule was flayed for its inadequate representation of theSC/ST/Minority communities and women by Govt. Adviser Jupudi Prabhakar

The Chandrababu Naidu government, which had failed to give adequate representation to SC/ST/Minority communities and women, during its rule, is unable to bear the growing popularity of Chief Minister Y.S. Jagan Mohan Reddy, who is according top priority to these sections, Government Adviser Jupudi Prabhakar said.

Mr. Prabhakar further said that Mr. Jagan Mohan Reddy has not only given adequate representation to candidates from these sections before the elections, by giving them the party tickets to contest as MLAs/MP s, but also showed his commitment to these sections by giving 52% of nominated posts to women, after winning the elections with a thumping majority. He has ensured implementation of the Constitution in letter and spirit, Mr. Prabhakar told the media on Sunday.

He opined that social justice went for a toss during the TDP rule with hardly any representation from the weaker sections. Referring to the demand for resignation of DGP Goutam Sawang by TDP national president N. Chandrababu Naidu and his son Nara Lokesh, Mr. Prabhakar said that Mr. Sawang, who belongs to the ST community, was ignored in the selection for the top post, during the TDP rule. The Chandrababu Naidu government failed to recognise his sincere services as Commissioner of Police in Vijayawada. He appealed to the SC/ST leaders in TDP not to fall into the trap of the TDP high command, which has no respect for the weaker sections. On Amaravati, Mr. Prabhakar alleged that the Telugu Desam government wanted only one community to thrive in the capital region.

Referring to the welfare schemes being implemented by the State government for the weaker sections and women, he said, instead of appreciating it, the TDP leaders, who were interested in benefiting only the rich and affluent, were crying foul over it. He said that the Jagan Mohan Reddy government was spending about ₹1.40 lakh crore towards various schemes for the welfare of OBC/SC/ST, Minorities and Women.