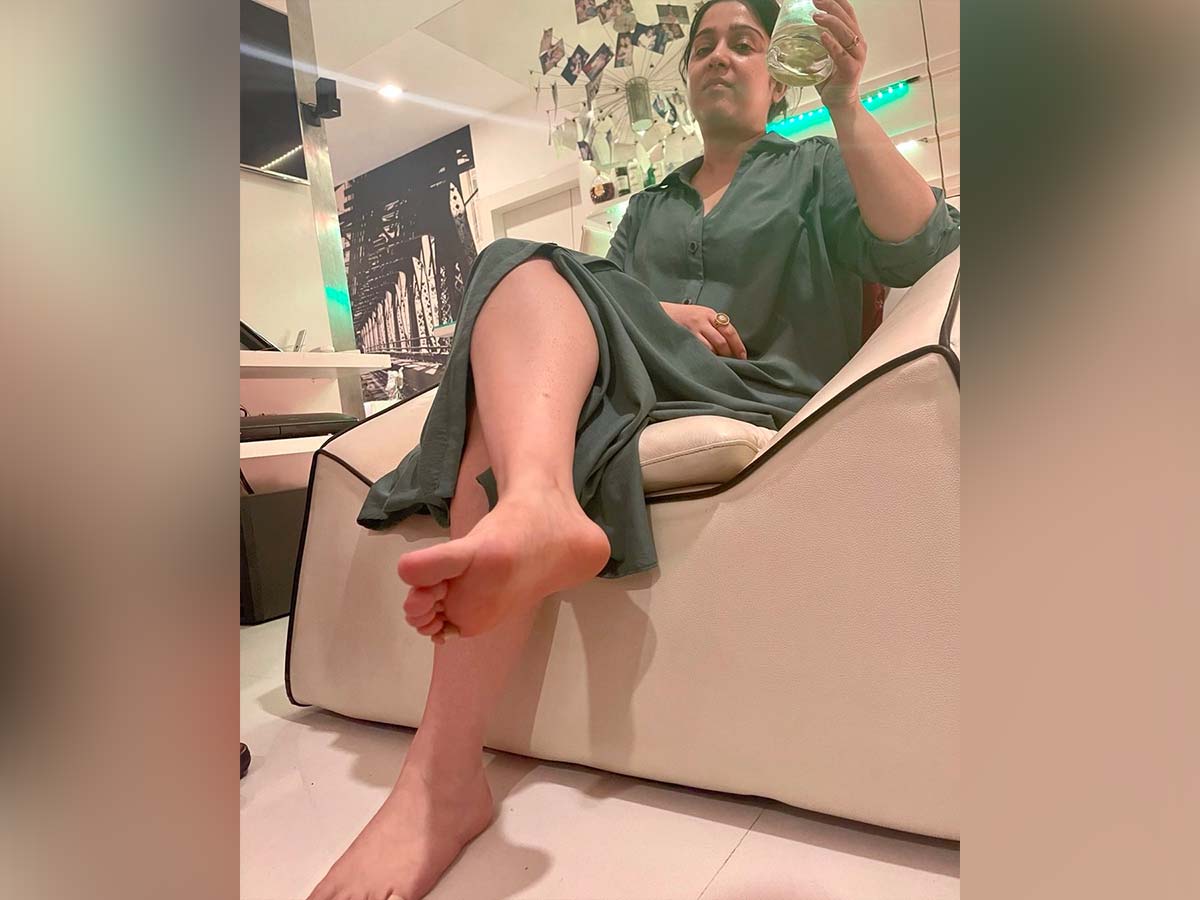 Charmi, who once earned a special recognition for herself as a talented heroine in the Tollywood film industry, has since gone on to pursue a career as a producer alongside Puri Jagannath. Charmi is currently working as a line producer and co-producer for Puri Jagannath upcoming films. Charmi, who once received a good craze as a beautiful heroine, is now completely away from acting.

Despite some opportunities as an actress in the middle she showed no interest at all. Occasionally though Charmi is giving a shock with some photos.
Recently, director Ram Gopal Varma posted a photo of Charmi. He also gave a good caption Having a drink with the Sarkari. Charmi, who is very close with the Puri gang, often participates in parties.

It seems that she also recently participated in a drink party with Varma. In that photo posted by Varma, he highlighting Charmi in lowAngle has gone viral on social media. Holding the drink glass in her hand Charmi gave still very differently. The photo went viral on social media within minutes. Ram Gopal Varma has once again proved that whatever he does is different.

Often the director behaves in a way that is highlighted on social media with photos related to the heroines. This time he shocked everyone by posting a photo of Charmi. This has led to various comments on social media on this photo. Others wonder that if Charmi will take the alcohol.