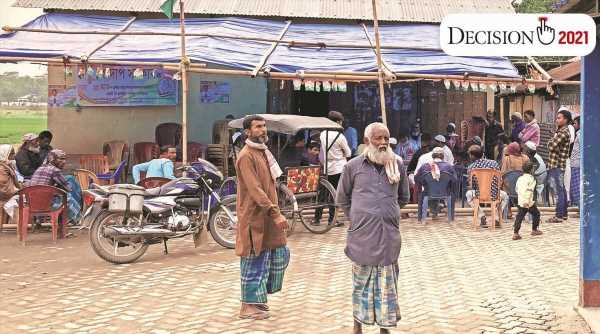 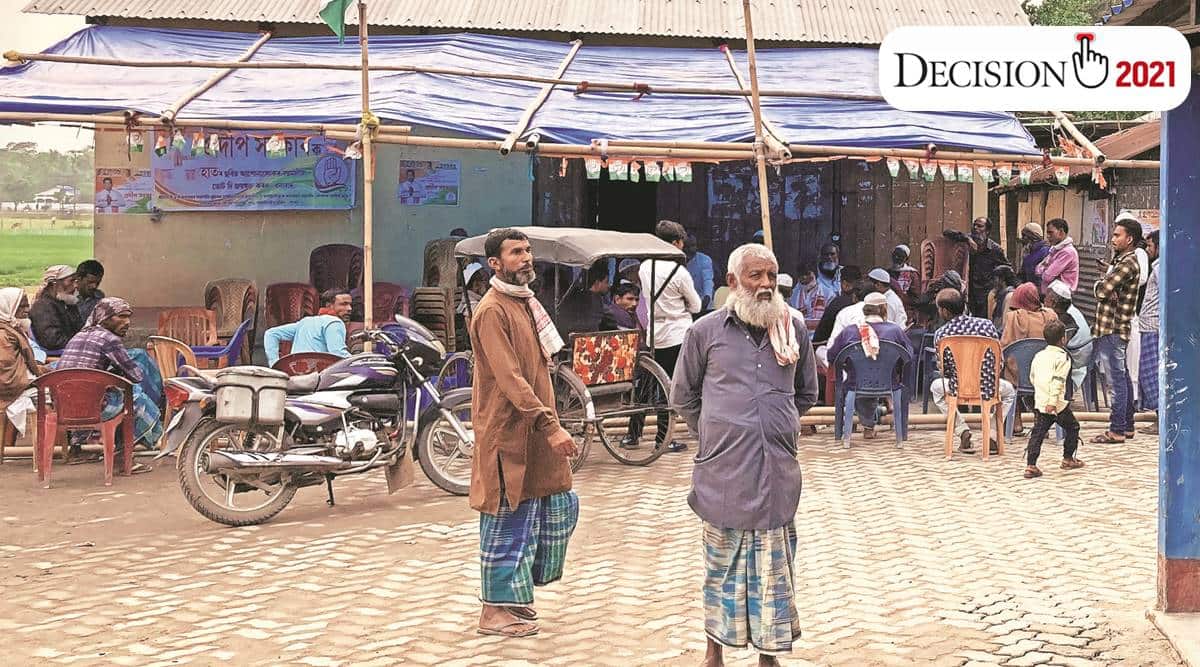 In Iswarjhari Part 1 char, a dusty riverine island on the Brahmaputra in Bongaigaon district of Assam, 40-year-old daily wager Anwar Hussain says fear is what is driving him to vote for the Mahajot of the Congress and the Badruddin Ajmal-led AIUDF.

Hussain’s wife Rashida Khatun, his son and two daughters did not find a place in the ‘final’ National Register of Citizens (NRC) published in 2019. The exercise is stuck in limbo, their fate uncertain. Hussain also lives under constant fear of his house getting washed away by annual floods and erosion.

Yes, there are development issues, Hussain admits, but he adds, “The way BJP leaders speak, we are scared. We will be safe if the Congress-AIUDF comes to power.” As for the NRC, he doesn’t oppose it, Hussain insists. “But there should not be discrimination based on religion or identity. Show your papers if you have them, and get in.”

Hussain’s neighbour is Sahar Ali, 45, a farmer, who shifted to Iswarjhari after his land in a neighbouring char got eroded. A long-time AIUDF voter, Ali says, “I am happy that the Congress and AIUDF are together.”

The chars in lower Assam are home to a large proportion of Bengali-speaking Muslims who have settled here over waves of immigration going back to pre-Partition. The target of the Assam Agitation, and the main reason for the NRC exercise, the community that remains backward, their lives at the mercy of the Brahmaputra, are now at the receiving end of the BJP’s anti-’Miya’ campaign.

In February, senior BJP leader and minister Himanta Biswa Sarma said the party did not need votes of the ‘Miya’ community, and accused them of “challenging Assamese culture and the composite Indian culture”.

On Thursday, at a rally in Kokrajhar, Prime Minister Narendra Modi attacked the Mahajot saying, “Those people whom the Congress protected earlier for its vote bank, today the Congress is dreaming of grabbing power with their help.”

Talk such as this is uppermost in their minds, say residents, who say successive MLAs and governments have anyway done little to curb erosion, or to get them even basic development like roads. Monial Bhuyan (60), of Tarabari char in Barpeta, who sells milk for a living, says, “We vote based on their promises. But then nothing changes. We continue to live in penury.”

So, even as the BJP stokes fears of an immigrant influx should “Ajmal be CM”, here, in this first Assam election after the NRC was published, there is a clear consolidation behind the Congress-AIUDF alliance.

In Nalbari district’s Barkhetri constituency, Jogeshwar Talukdar, a local Congress leader, says, “For years now, the AIUDF has cut into Congress votes. This time that will not happen.”

Agrees Abdul Batin Khandekar, an activist and the Congress contestant from Abhayapuri (North) in Bongai-gaon, “The alliance is a very good development. The Mahajot will sweep the minority-dominated areas of lower Assam.”

In his constituency, Khandekar says, the issue of citizenship is of “prime importance”. “The BJP is saying they won’t accept the NRC. We will continue with the NRC as per legal provisions. And, of course, I will focus on building roads and checking river erosion.”

Like Khandekar, the AIUDF candidate in Barpeta’s Chenga constituency (over 82% of its voters are Muslim), Ashraful Hussein, is an activist. In July 2019, Hussein had been named in an FIR for poems written in the native ‘Miya’ dialect.

The Congress’s sitting MLA and contestant from Barpeta’s another Muslim-dominated constituency, Baghbar, Sherman Ali Ahmed, had also faced a political storm for advocating a museum reflecting the culture of the chars. Sarma had threatened, “Let our government return, Sherman Ali will be put behind bars.”

Mannan Bhuyan, a 55-year-old in Tarabari char who works as a driver, points out that AIUDF candidate Hussein has been there for the community. “A candidate who has helped people fill their NRC forms and helped them reach hearing centres in far-off towns from interior villages will definitely get votes.”

The Mahajot is also set to make gains in the Bodoland Territorial Region, with 12 seats, with the support of newfound ally Bodoland People’s Front (BPF). With the BPF and AIUDF, Mahajot now represents two groups who have been opposed to each other, with Bodo politics revolving around ethnic identity and anti-migrant narrative.