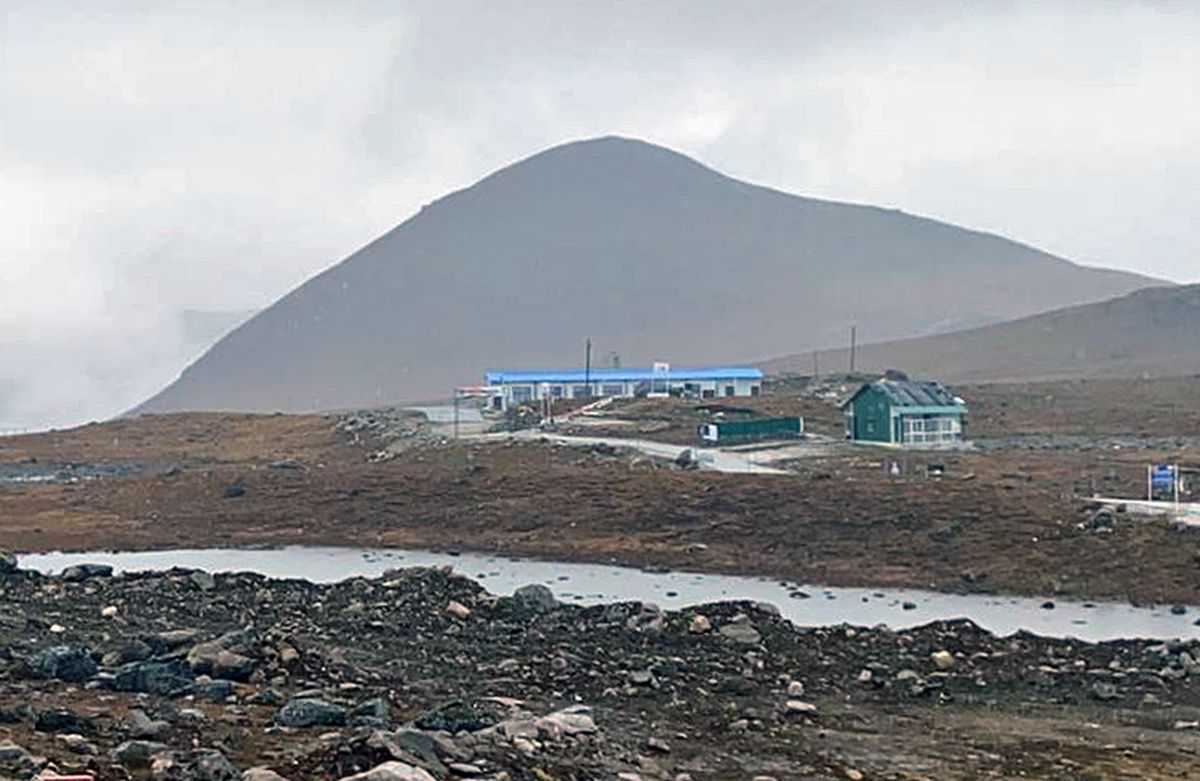 China said on Thursday that its new land border law will not affect the implementation of existing border treaties and urged relevant countries to avoid making ‘wanton speculation’ about a ‘normal domestic legislation’, a day after India raised concerns over the legislation.

China’s national legislature — the National People’s Congress (NPC) — on October 23 adopted the new law on the protection and exploitation of the land border areas which drew sharp reaction from India as it was passed amid the protracted military standoff between the two sides in eastern Ladakh region.

India and Bhutan are the two countries with which China is yet to finalise the border agreements, while Beijing resolved the boundary disputes with 12 other neighbours.

While the India-China border dispute covers 3,488-km along the Line of Actual Control, the China-Bhutan row covers about 400 km.

On Wednesday, India hit out at Beijing for bringing out the new land border law and said it expects China to avoid taking any action under the ‘pretext’ of the legislation that could ‘unilaterally’ alter the situation in the border areas.

External Affairs Ministry Spokesperson Arindam Bagchi described China’s decision to bring out the law as a matter of ‘concern’ as it can have implications on the existing bilateral pacts on the management of the border and the overall boundary question.

“China’s unilateral decision to bring about a legislation which can have implication on our existing bilateral arrangements on border management as well as on the boundary question is of concern to us,” he said.

“Such unilateral move will have no bearing on the arrangements that both sides have already reached earlier, whether it is on the boundary question or for maintaining peace and tranquillity along the LAC in India-China border areas,” he said.

Responding to questions on the Land Border Law, Chinese Foreign Ministry spokesman Wang Wenbin said, ‘the law has clear provisions on conducting cooperation with countries sharing a national land boundary with China and handling boundary affairs on the basis of adhering to relevant treaties related to national land boundary affairs and the principle of equality and mutual benefit’.

In an apparent response to India’s concerns, he said, “It will not affect China’s compliance with existing treaties related to national land boundary affairs China has already signed or change China’s current mode of boundary management and cooperation with countries sharing a land boundary with it.

“Nor will it alter China’s position and proposition on relevant boundary issues.”

To a specific question about India’s criticism of the law, Wang said, “I just shared China’s consideration behind promulgating the National Land Boundary Law. We hope relevant countries will abide by norms of international relations and refrain from wanton speculations on China’s normal domestic legislation.”

He, however, did not respond to Bagchi’s remark that the ‘new law does not in our view confer any legitimacy to the so-called China Pakistan ‘Boundary Agreement’ of 1963 which the Government of India has consistently maintained is an illegal and invalid agreement’.

Under the agreement, Pakistan had surrendered approximately 5,300 km of territory to China in Pakistan-occupied Kashmir (PoK) region.

Earlier, elaborating on the provisions of the new law adopted by the NPC last week, Wang said President Xi Jinping signed a decree No. 99 on the same day announcing that the law will come into effect from January 1, 2022.

“This law consists of seven chapters and 62 articles. It stipulates clearly the leadership system and division of duties among different departments as well as between military and civilian authorities,” he said.

“China has a land boundary of approximately 22,000 km, with 14 countries. The main purpose for formulating and promulgating this law is to further coordinate, regulate and strengthen boundary management and advance international cooperation in relevant fields,” he said.

Defending China’s move to promulgate the law, he said, ‘this is an important measure China has taken to implement rule of law and a normal domestic legislative activity. It is in keeping with the practical needs in China’s national boundary work and consistent with international law and practice’.

India-China over the years have worked out a host of agreements to resolve and handle the border differences.

These include the Special Representatives mechanism, the Agreement on Political Parameters and Guiding Principles of 2005, the WMCC (Working Mechanism for Consultation and Coordination on India-China Border Affairs) besides protocols and CBMs to ensure peace and tranquillity along the LAC.

India and China have already held 22 rounds of border talks under the framework of the Special Representatives dialogue which was set up to find an early solution to the border dispute.

Both sides have been maintaining that pending the final resolution of the boundary issue, it is necessary to maintain peace and tranquillity in the border areas.

In his statement, the MEA Spokesperson had also said that India expects that China will avoid undertaking action under the pretext of this law which could unilaterally alter the situation in the India-China border areas.

China promulgated new land boundary law in the midst of a 17-month border standoff between the two countries in eastern Ladakh.

The eastern Ladakh border standoff between the Indian and Chinese militaries erupted on May 5 last year following a violent clash in the Pangong lake areas and both sides gradually enhanced their deployment by rushing in tens of thousands of soldiers as well as heavy weaponry.

As a result of a series of military and diplomatic talks, the two sides completed the disengagement process in the north and south banks of the Pangong lake in February and in the Gogra area in August.

The last round of military talks on October 10 ended in a stalemate following which both sides blamed each other for the impasse.