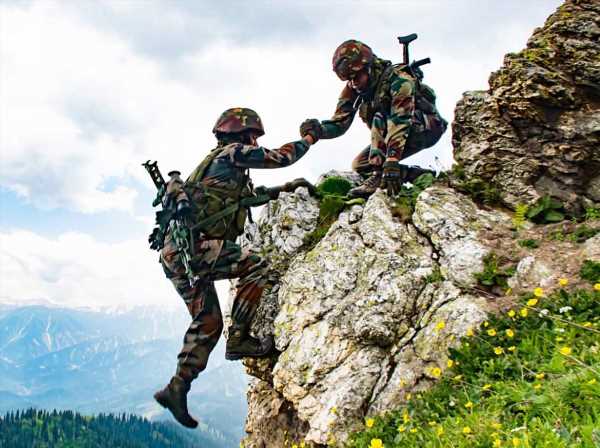 Another year has dawned, with New Delhi’s strategic and diplomatic czars contemplating a bleak geopolitical landscape.

Notwithstanding the efforts of our vaunted foreign service, intelligence establishment and well-regarded military, India remains the world’s only major country that faces alone a three-and-a-half front military threat.

On land India faces two nuclear-armed adversaries acting in concert; and seemingly unending insurgencies in Kashmir and the north-east.

Simultaneously, India’s navy must oversee a gigantic maritime theatre in the Indian Ocean, which China seeks to encroach upon.

Meanwhile, China’s People’s Liberation Army continues its illegal, three-year-long occupation of Indian territory, apparently provoked to aggression by the empty bravado of a senior minister who boasted to Parliament in 2019 that India would take back all its claimed territories — Aksai Chin from China and Pakistan occupied Kashmir from Pakistan, in itself an old Indian claim.

India’s military pursues these daunting challenges without any long-term national security strategy (NSS), with our top decision-makers apparently believing that the military and security services must create their own strategic clarity.

Meanwhile, the scientific and industrial base that must develop and manufacture the equipment to backstop our military ambitions finds it easier to instead repeat slogans, such as Atmanirbhar Bharat (self-reliant India).

They can hardly be blamed, since defence budgetary allocations continue to fall as a percentage of the national income; leaving the fledgling private defence industry the impossible task of producing high-technology weaponry with its own resources.

With this backdrop, the Indian military’s most consequential strategic shift in recent years has been its ‘pivot to the north’ — a shift from a primarily Pakistan-focused deployment to one that conforms better to New Delhi’s oft-repeated assertion that China is ‘Enemy Number 1’.

This argument was difficult to sustain with a deployment pattern in which two-thirds of India’s one-and-a-half million-strong military has faced Pakistan on our western and north-western borders, while less than a third faced China on our north-eastern and eastern borders. 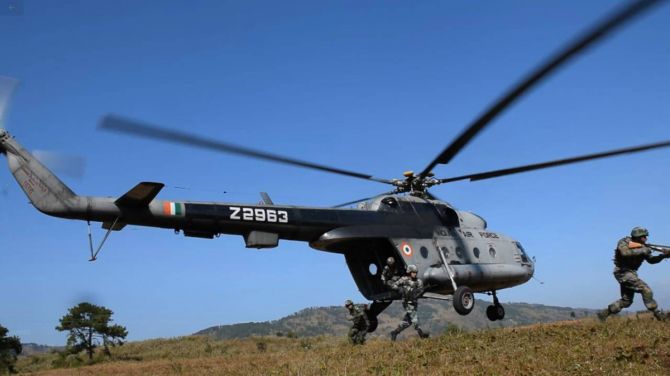 This began changing in the summer of 2020, when India responded to China’s intrusions into eastern Ladakh by incrementally inducting three infantry divisions (each with about 18,000 soldiers) to defend the Sino-Indian border in Ladakh and Uttarakhand, which was earlier the responsibility of a lone division.

Following this, Army Headquarters (AHQ) switched to an operational role one of its three armoured strike corps from the Pakistan front to the border with China.

That mechanised corps was redesignated a mountain strike corps with its two divisions tasked, equipped and trained to advance into Tibet.

Before this change, just 12 of the army’s 38 divisions faced China, while 25 divisions were deployed on the India-Pakistan border, and one division was a reserve under the AHQ.

This powerful signal can hardly be missed in China or Pakistan.

In Beijing, PLA planners will have to redo their sums for any attack on India.

And in Rawalpindi, the shift will have provided some strategic reassurance to Pakistan’s generals, who have always cited the high threat levels from India as justification for their grip on political power.

Within the military the most urgent organisational shift — the restructuring of 17 single-service commands into a smaller number of tri-service theatre commands — crawls along.

Little real change has happened, even after the creation of a tri-service Chief of Defence Staff in 2020.

The government’s lack of urgency is evident from the fact that it took almost 10 months to appoint a successor to General Bipin Rawat, the first CDS, who tragically died in a helicopter crash in December 2021.

For General Anil Chauhan, who followed him, crucial questions remain: Will the theatre commanders report to the CDS in wartime, or to the Defence Council — an unwieldy committee under the defence minister?

Giving the CDS control of operations would require setting up a tri-service operations room, with a three-star general from each service controlling their respective operations.

This is just one of the contentious questions that continue to be the subject of inter-services wrangling. 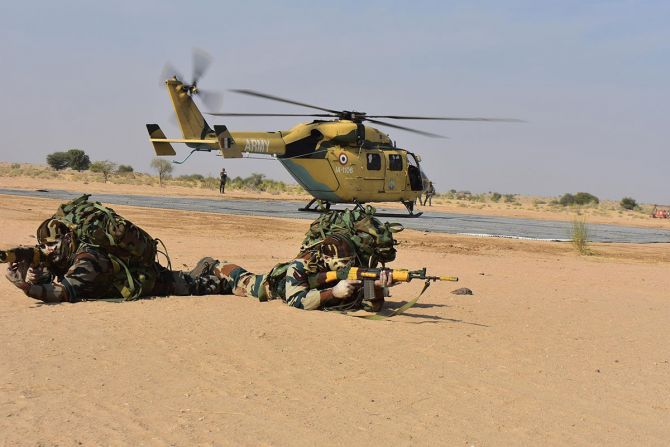 After three years of discussions, all that is visible is the hazy outlines of the first two integrated commands: The National Air Defence Command that will protect Indian airspace and the Maritime Theatre Command that will control sea-borne operations.

General M M Naravane, a sober and cerebral commander who retired as army chief last April, provided a window into the contentious internal debates over the creation of integrated theatre commands.

Implicitly criticising the government, he said an NSS was imperative before ‘theaterisation’ could be implemented.

Another critical precondition for theaterisation was the creation of a higher defence organisation, with representatives from all the ministries, in order to project a national political consensus to the military.

Discussing theaterisation without these structures in place amounted to putting the cart before the horse, he said.

India remains perhaps the only major military power that has not laid out its strategic objectives in a published NSS, which articulates its perceived security challenges and its road map for countering them.

For decades, the military top brass has criticised the government for this lapse, pointing out that a clear NSS is imperative for describing the prevailing geopolitical scenario, and for spelling out the role that India must play.

From this would emerge a national defence strategy that clarifies our military ambitions: Whether to restrict ourselves to mere border defence or to play an expeditionary role, projecting power in a designated area of interest.

This, in turn, would clarify our approach towards issues such as theaterisation, equipment acquisition and force structuring. 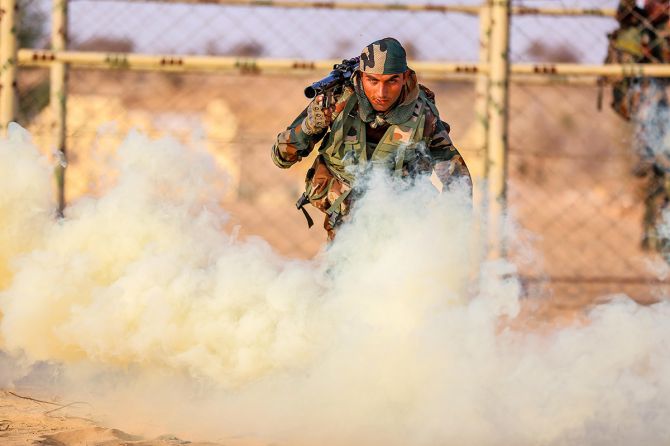 Finally, to end on a positive note, the government took a bold step in June towards reducing the pension budget, which has come to constitute 23 per cent of the annual defence allocation.

Add to that the payroll for serving personnel and manpower costs rise to a whopping 54 per cent of the defence budget.

In order to have more money for capital expenditure on equipment modernisation, the so-called Agnipath Yojana is directed towards whittling down long service tenures for its soldiers and, consequently, reducing the numbers of those eligible for pensions after retirement.

Towards this end, soldiers will be recruited for four-year tenures, with 25 per cent of them, who had proved their merit and mettle as soldiers, retained for longer tenures.

The defence ministry claims that, in addition to reducing manpower costs, Agnipath would make the rank and file younger, fitter, more mentally robust and more technologically savvy, with the average age dropping from the current 32 years to a more youthful 27.

While that may be true, the need to reduce manpower costs is so dire that many more innovative measures will be needed.