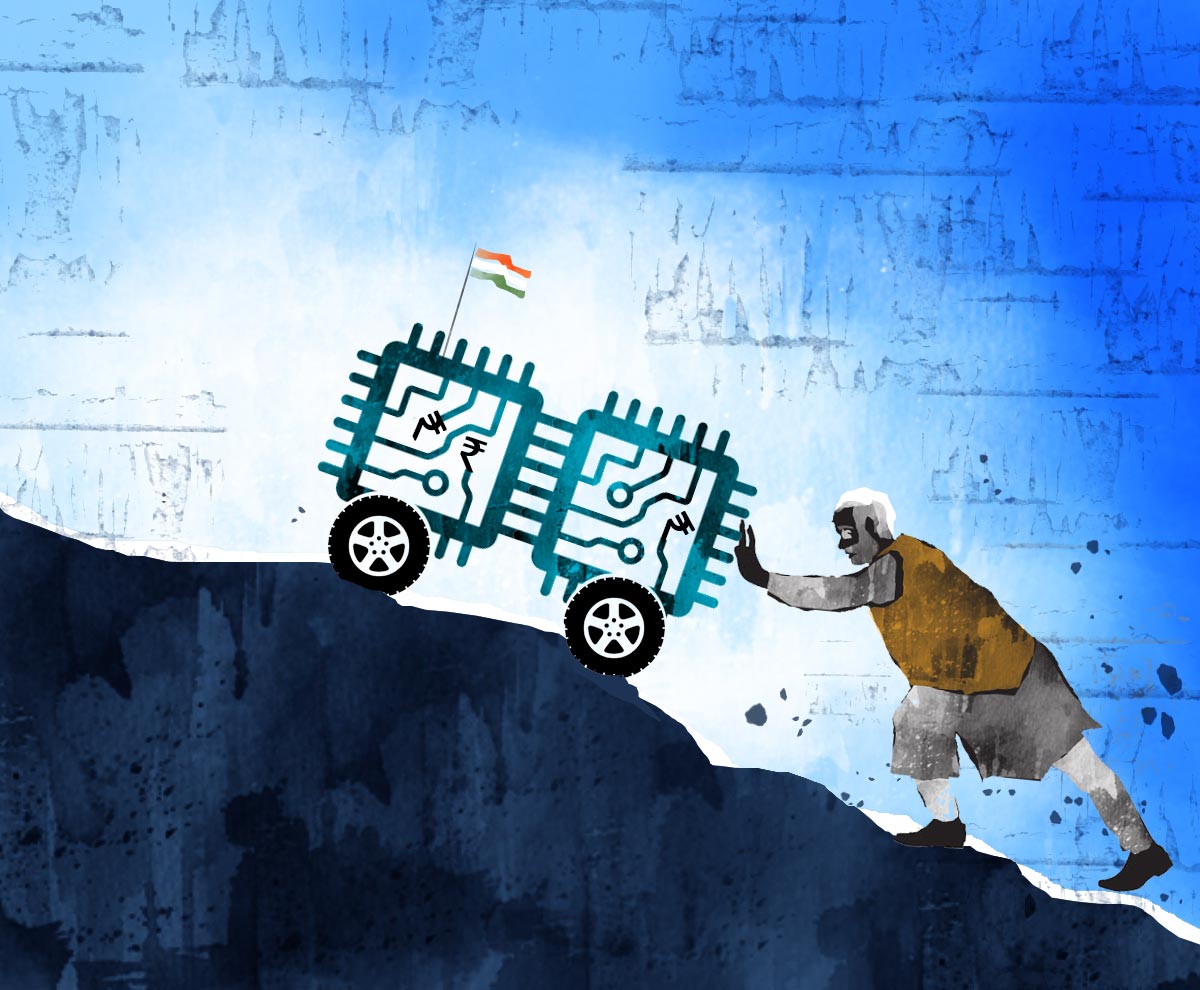 Is self-reliance the right approach in a mega-buck game, or better to be part of a network? asks T N Ninan.

India’s bid to join the global chip-manufacturing rush is likely to be its biggest ‘industrial policy’ gambit in a long time.

Such government-directed policy intervention went out of fashion decades ago as the free trade mantra caught on.

It has now made a comeback as the supply disruption of Covid-Ukraine has made every major economy conscious of strategic vulnerabilities.

Chips, or integrated circuits imprinted on silicon wafers, are at the heart of every kind of manufacturing industry from automobiles to telecom gear, and from defence equipment to solar panels.

They will become even more so in a world of artificial intelligence and electric cars, which need many more chips than petrol-driven ones.

Yet the massive dollops of cash needed for cutting-edge research and super-expensive production facilities have concentrated the chip-making business in half a dozen companies that command global dominance.

The US has offered incentives totalling $52 billion. The European Union is topping up an earlier offer of $30 billion. China reportedly subsidises its chip manufacture to the extent of $15 billion annually.

Samsung plans to invest $200 billion in new chip factories. Can India, headed to become the third-largest economy in a decade and one of the world’s largest markets for a range of chip-based products, be left sitting on its hands?

It has already offered an unprecedented $10 billion as capital subsidy. Is that enough?

And is self-reliance the right approach in a mega-buck game, or better to be part of a network?

You need the tools that will populate factories (an area of Japanese leadership), the photolithography equipment that photo-prints circuits on silicon wafers (a Dutch speciality), and the materials that go into the finished product — for instance, neon gas and palladium, for which Russia and Ukraine have been leading suppliers.

China moved early to procure some rare earths and minerals, to counter which the US has corralled 10 other countries into a Minerals Security Partnership. India has been excluded.

The US leads in logic chip design, South Korea in memory chips. Intel and others outsource wafer fabrication to Taiwan. Japan’s chip industry is still focused on older technology (there is a market for this).

Intel in the US has not yet broken through the 10 nm (one-hundred thousandth of a millimetre) barrier whereas the Taiwan Semiconductor Manufacturing Company and Samsung produce 3 nm chips. China has just broken through to 7 nm, while Japan and the US are jointly working on 2 nm technology.

More such alliances may evolve.

What is India trying to do?

Its chip-making gambit is part of a broader, incentive-based thrust into electronics manufacturing.

It has been buoyed by the initial success in mobile handset manufacture. Whether it will succeed in making display units (for laptops, handsets, etc), another focus area, remains to be seen.

Chip manufacturers proposing to locate in India might look at mid-range chips (28 nm) used by the automobile industry and some smart phones.

Inevitably, there is debate on the full-spectrum approach versus specialisation.

The country has strengths in chip design, and a natural advantage in the labour-intensive part of chip-making (assembly, testing and packaging).

It could also do well in downstream product assembly, as with mobile handsets.

Some component or sub-assembly makers might invest here to feed assembly lines.

In time, an ecosystem could develop with global linkages.

The full-spectrum approach, which the government prefers, seeks to replace imports of both chips and downstream products, though upstream import dependencies for materials and production equipment would remain.

And since the wafer-fabrication process is capital-intensive, with a demanding production process in the midst of constant technology change, you may need to keep committing billions.

Still, the government apparently feels India cannot afford to stay out of this game.

We will know in a few years whether this is ‘vaulting ambition which o’erleaps itself’ or breakthrough strategy.