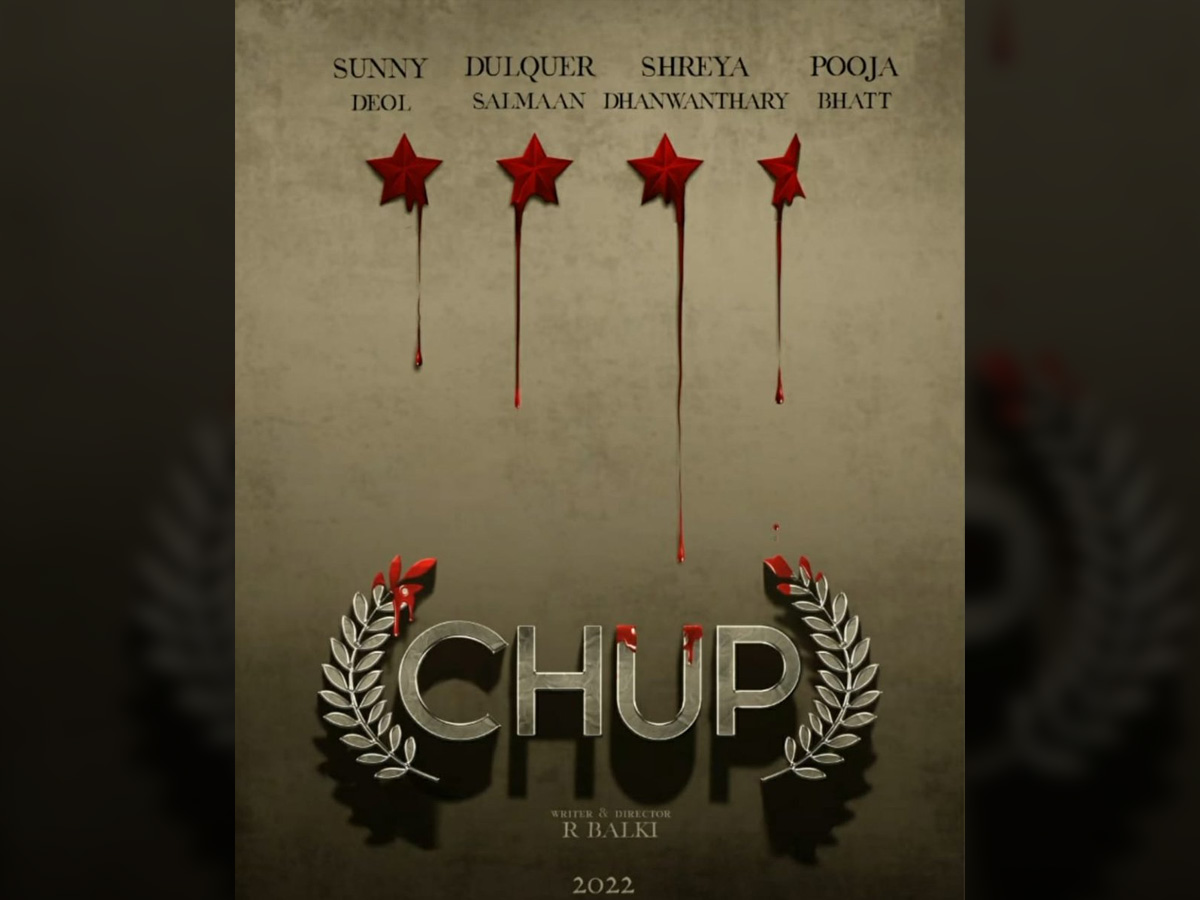 The creative and talented film maker R Balki who has given some of the iconic films to the Indian cinema is all set to make another  film titled Chup: Revenge Of The Artist.  In this upcoming film, Dulquer Salmaan and Sunny Deo will play the lead roles. Apart from the two stars, the film will also  has  Pooja Bhatt and Shreya Dhanwanthary in the crucial roles.

The motion poster of Chup: Revenge Of The Artist was unveiled by  Bollywood megastar Amitabh Bachchan aka Big B  and Akshay Kumar.  Currently, the shooting is progressing at a brisk pace in Mumbai. Photos of Dulquer and R Balki from the shooting spot went viral a few days ago.

The upcoming film Chup: Revenge Of The Artist  is bankrolled by Hope Productions and Rakesh Jhunjhunwala.  R Balki is known for the  movies like  Chaudhvin Ka Chand, Kaagaz Ke Phool, Pyaasa, and Sahib Bibi Aur Ghulam. The screenplay and dialogues of the upcoming film  of Sunny Deol and Dulquer Salmaan have been co-written by Balki and critic-turned-writer Raja Sen and Rishi Virmani.