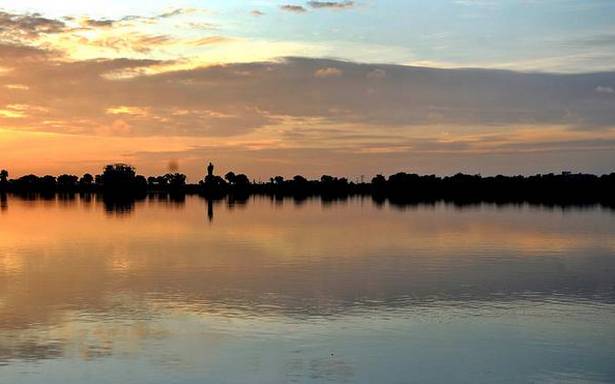 Immersion starts from the third day, and continues up to the 10th day

The GHMC is yet to devise a plan of action on the lines of the High Court’s directions for immersion of Ganesh idols at the end of the Ganesh Navratri festivities.

The court has ruled against immersion of idols made of Plaster of Paris in the Hussainsagar, and other lakes of the city. The idols, instead, may be immersed in baby ponds already existing, or separate ponds. Alternatively, they can explore the use of inflatable rubber dam wall to separate the immersion area. Besides, immersion of even idols made of clay has been prohibited from the Tank Bund side.

The GHMC has to now alter its arrangements already under way, for immersion of idols, which technically starts from the third day of the festival and continues up to the 10th day. Within the short span of time, a review meeting needs to be conducted with regard to the decisions about deployment of cranes, preparation of baby ponds, and rubber dams. Additionally, the procession routes may need major changes, because the single immersion pond in Hussainsagar cannot take the load of thousands of idols from across the city.

The GHMC is already prepared with 44 cranes for deployment near Hussainsagar, and several other static and mobile cranes at all the other 26 immersion sites.

Provisions for mobile toilets and sanitation will anyway be made in expectation of large congregations. As per the court’s directions, the civic body will also have to make provision for masks and sanitisers along the procession routes, and at the immersion sites.