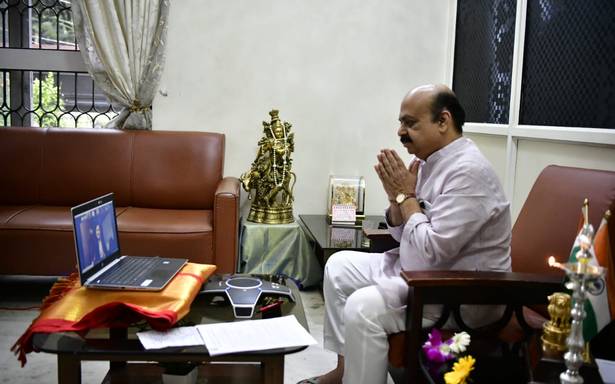 Chief Minister Basavaraj Bommai called upon the Association of Kannada Kootas of America (AKKA), a non-profit organisation of non-resident Kannadigas, to promote investment in Karnataka.

The Chief Minister said, “I have seen Kannadigas being successful overseas. You (AKKA members) are ambassadors of Karnataka.”

Addressing the Kannada Rajyotsava celebrations organised by the AKKA, he asked them to speak to business people in the U.S. and inform them about the excellent investor-friendly environment in Karnataka. .

He said his government will give priority for Kannadigas to get more jobs in the private sector and that this requires a special programme. Several attempts have been made to provide jobs to Kannadigas, but not with great success.

The BJP government has amended the Karnataka Industrial (Standing Orders) Rules, 1961, to make industrial units give priority to Kannadigas in Group C and D jobs. The poorest of the poor Kannadiga needs to be economically empowered. “We have realised this and will work towards this,” he said.

On the importance of education and skill development, Mr. Bommai said the government will offer higher education in Kannada. Though there were many hurdles, he said, “Our government is ready to address them.”