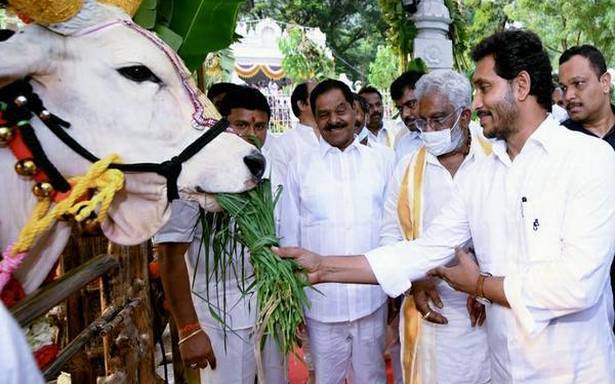 Chief Minister Y.S. Jagan Mohan Reddy inaugurated the Sri Padmavathi Paediatric Cardiology Centre on the campus of the Balaji Institute of Research, Surgery and Rehabilitation of the Disabled (BIRRD) Hospital at Tirupati on Monday. The centre, set up at a cost of ₹25 crore, is said to be the first-of-its-kind facility in India to treat and perform surgeries on children suffering from cardiac ailments. The facility is sponsored and administered by the Tirumala Tirupati Devasthanams (TTD).

The Chief Minister, who is on a two-day visit to Tirupati and Tirumala in connection with the Srivari Brahmotsavams at the Lord Venakteswara temple, arrived at Renigunta airport and drove to the BIRRD campus.

After unveiling the plaque at the new facility, Mr. Jagan Mohan Reddy went round the hospital as the officials apprised him of the services being offered at the 50-bed centre, saying that plans were afoot to upgrade it to a 100-bed facility soon.

Later in the day, Mr. Jagan Mohan Reddy proceeded to Alipiri at the Tirumala foothills, and inaugurated the refurbished stairway (pedestrian route) to the Lord Venkateswara temple.

The TTD has spent ₹25 crore on the project.

The Chief Minister launched the ‘Go Mandiram’, a rehabilitation centre for the native breed of cows, at Alipiri and the ‘Go Thulabharam’ corner meant for devotees seeking to fulfil their vows and perform rituals.

The Chief Minister and his entourage then left for Tirumala amid tight security arrangements. Panchayat Raj Minister P. Ramachandra Reddy, YSRCP MLAs, MPs, leaders and key officials of the district administration and the TTD accompanied the Chief Minister.