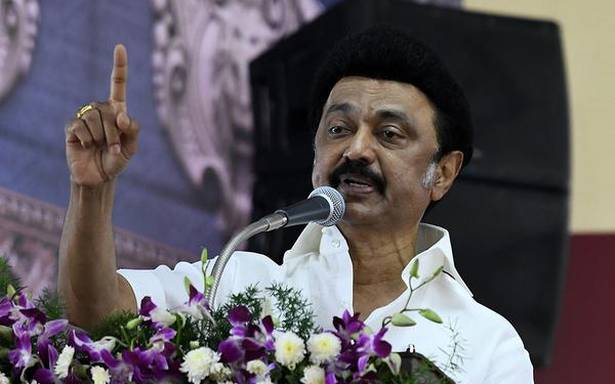 Chief Minister M.K. Stalin on Tuesday provided loans to the tune of ₹2,750 crore and welfare aid to 7.56 lakh women from 58,463 women’s Self Help Groups in the State.

Mr. Stalin said this would provide impetus to women entrepreneurs and help them gain self-confidence as well. “Our government will provide all necessary support to you to help you rise further in life, and these schemes will continue,” the Chief Minister said at the event held at Tiruttani.

Mr. Stalin said there were over 7.22 lakh women’s SHGs in Tamil Nadu with 1.06 crore members. “Kalaignar [former Chief Minister M. Karunanidhi] planted the seeds of this massive development in Tamil Nadu,” he said. The Chief Minister said ₹87.39 crore had been released as capital funding for 17,479 SHGs this financial year; ₹14.59 crore had been released for 5,338 unions of differently abled and financially backward people; and steps had been taken to get higher prices for, and export, products made by women. “So far, ₹6,777 crore has been provided as loans. By the end of this month, the figure would be ₹10,000 crore, and next year, another ₹10,000 crore would be disbursed,” he said.

Mr. Stalin said the government had also waived loans to the tune of ₹2,756 crore taken by women’s SHGs.