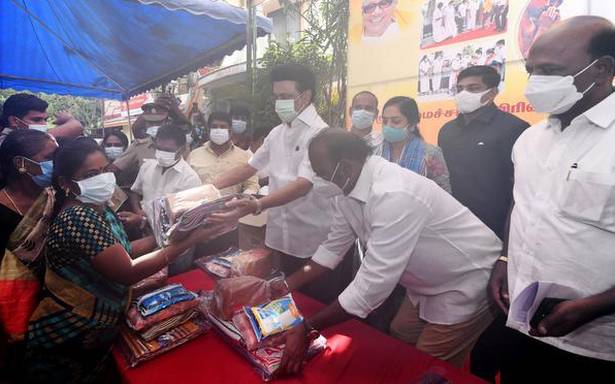 The camps, involving private hospitals linked to the CM’s Comprehensive Health Insurance Scheme, are in addition to the camps being run by the Chennai Corporation

The medical camps, involving private hospitals linked to the Chief Minister’s Comprehensive Health Insurance Scheme, are in addition to special medical camps already launched in the 200 wards of the GCC, an official release said.

Mr. Stalin launched the camps in Austin Nagar in Teynampet. On the directions of the Chief Minister, special medical camps were being organised across Chennai to prevent illnesses during the rainy season.