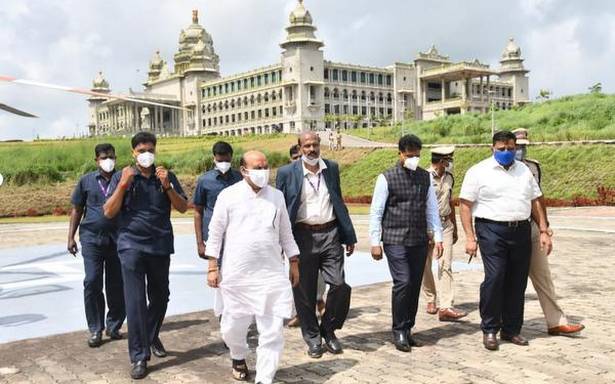 The inter-State river water disputes, including construction of Mekedatu, a balancing reservoir in the Cauvery basin, in Kanakapura, is expected to figure during the meeting with the legal team.

Tamil Nadu has been opposing the Mekedatu project and had unanimously passed a resolution urging the Union government not to accord permission to Karnataka for the balancing reservoir in the Cauvery basin.

The project was proposed by the Karnataka government to provide drinking water to residents of Bengaluru and surrounding districts, power generation, and not for increasing irrigation area.

Mr. Bommai told reporters on August 24 that he will leave for Delhi on August 25 evening.

Mr. Bommai is expected to call on BJP national president J.P. Nadda and other leaders during the visit, and brief them about the political developments in Karnataka after expansion of the State Cabinet.