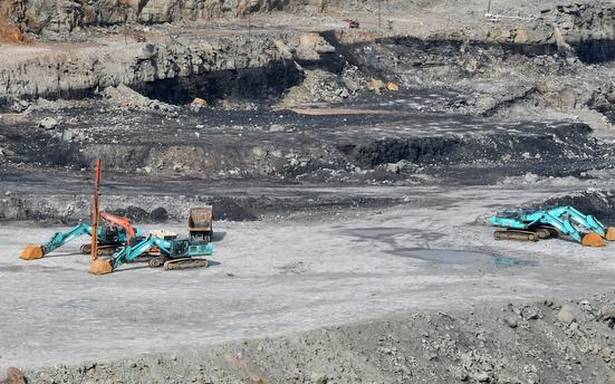 The Coal Ministry is planning to come up with a scheme to permit coal block allottees to surrender mines that they are not in a position to develop due to technical reasons.

The proposed scheme will allow surrender of coal blocks without imposition of financial penalty or penalty on merit basis after examining the proposal by a scrutiny committee.

"To expedite production from allocated coal blocks and for ease of doing business, a scheme will be prepared to allow surrender of coal blocks to those allocattees where present allocattee is not in a position to develop the coal block due to technical reasons," states the Coal Ministry’s agenda for 2021-22.

Coal blocks surrendered under this scheme will immediately be offered for auction for commercial mining for putting the block to production early. The move would help in boosting the production of coal from the mines allocated through auction route.

To meet the increased demand for coal in the country, a scheme is being formulated to allow allottees to sell up to 50% of the produced fuel after meeting its captive needs, the coal ministry said.

The incentive to allottees will spur them to produce more coal and sell in the market.

India’s total coal production registered a marginal decline of 2.02% to 716.084 million tonnes during the last fiscal year. The country had produced 730.874 million tonnes (MT) of coal in FY’20, according provisional statistics of 2020-21 of the coal ministry.