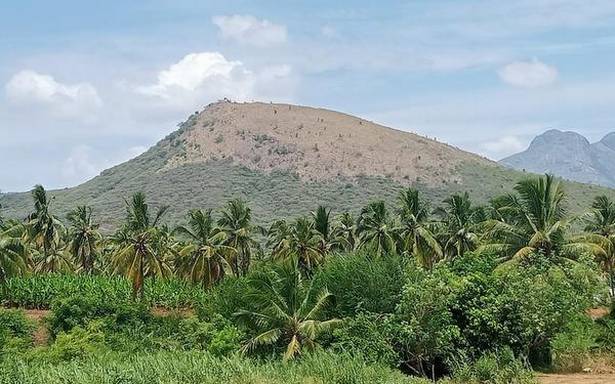 District Collector S. Nagarajan declared 1,049.74 hectares of land, belonging to the Revenue and the Forest Department, as reserve land

According to the official, 1,049.74 ha of land, belonging to the Revenue and the Forest Department, were declared as reserve lands, under section 26 of the Tamil Nadu Forest Act, 1882.

The 1,049.74 ha declared as reserve lands in the district are located in Kemmaramplayam, Karamadai, Tholampalayam and Marathur in Mettupalayam taluk, Odayakulam in Anaimalai taluk, Zamin Uthukuli and Pollachi town in Pollachi taluk.

Forest Minister K. Ramachandran appreciated Mr. Nagarajan and Coimbatore Forest Division for the achievement. The Minister told officials that Coimbatore district has set a model for other districts by increasing its forest cover and protecting crucial passage of wild animals — referring to the declaration of 50.79 hectares of private land in the Kallar elephant corridor area as private forest.

Kattanjimalai, located at Marathur village in Mettupalayam taluk, is the largest single area which was declared as reserve land. The hillock, spread over 817 ha with thick vegetation, was classified as government poramboke (unassessed wasteland).

“Poachers used to hunt lesser-known species at this place and the Department had registered three cases related to the use of country-made explosives for hunting. With the place declared as reserve land, Forest Department staff will conduct regular patrols and monitor the area,” said Mr. Venkatesh.