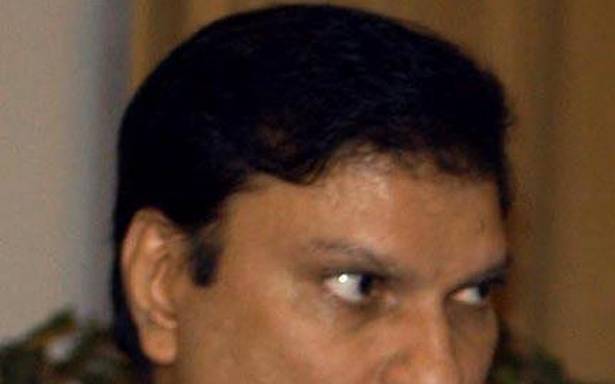 The Congress on Monday accused the government of not only facilitating a safe exit for economic offenders but also carrying on with business with them. It pointed to continued import of crude oil from Sterling Oil Exploration and Energy Production Company Ltd. (SEEPCO), which is a Sterling Biotech group entity.

At a press conference at the party headquarters in Delhi, Congress spokesperson Gourav Ballabh said that while Indians were reeling under exponential increase in prices of diesel, petrol and cooking gas, the fugitives were prospering. “It seems the true ‘vikas’ and ‘ache din’ are only for defaulters and fugitives,” he stated.

In October 2017, the Enforcement Directorate registered a money laundering case against Sterling Biotech and the Sandesara brothers. Just before the case was registered, Nitin Sandesara, Chetan Sandesara, his wife Dipti, and associate Hiteshkumar Narendrabhai Patel fled the country.

Producing an RTI reply, Mr. Vallabh alleged that instead of making efforts to bring them to law, the government was purchasing crude oil from them. “Instead of curbing or seizing their business and assets, the Petroleum Ministry shamelessly is indulging in business with the Sandesaras. From January 1, 2018 to May 31, 2020, shipments worth ₹5701.83 crore of crude oil were received from SEEPCO Nigeria by Indian oil PSUs.”