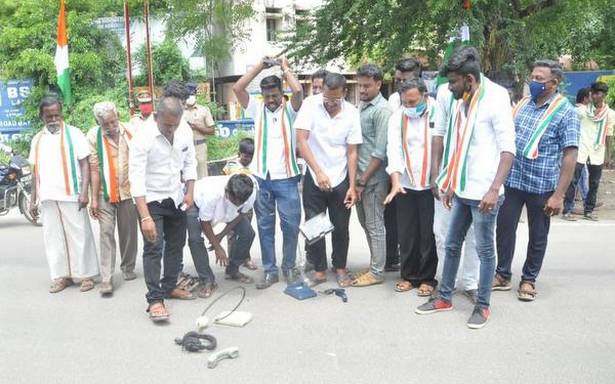 Condemning the snooping of phones of several persons, including political leaders from opposition parties, Youth Congress members here staged a demonstration and broke telephone instruments as mark of their protest.

“Telephone tapping using Pegasus spyware is illegal and is in violation of right to privacy,” he said.

Stating that spyware is used by nations to intercept conversations of terrorists, he said why should the phone of Congress leader, Rahul Gandhi, and other political leaders from the opposition parties be tapped.

He said even former judicial officer and the Election Commissioner were on the list of those persons who were under the surveillance of Pegasus spyware.

The youth Congress cadres raised slogans against the Centre.